Do honorarium payments have a place in Ghana’s tax regime? 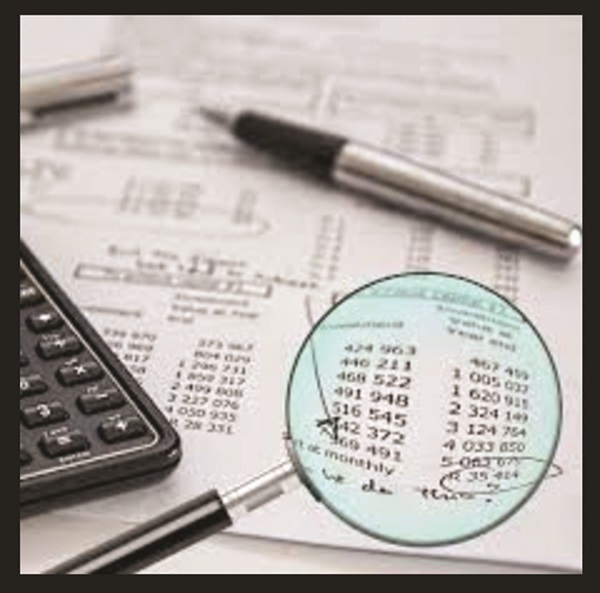 The Report of the Auditor-General on Special Audits carried out on selected State Institutions in the year 2018 disclosed that payments totaling GH¢ 384,173.50, described as honorarium were made to individuals.

These honorarium payments were not only made to staff of the institutions but also to non-staff members. It is worth mentioning that the payment of honorarium is not limited to the institutions cited in the above-mentioned Auditor-General’s report but prevalent among public and private sector institutions across the country.

It is argued that honorarium payments by institutions to their employees constitute gains or profits from employment for the year or a part of the year. Ironically, these payments together with those paid to non-employees are all subject to a discretionary 10 per cent withholding tax by many institutions including those in the academic settings like the Universities. Questions have often been raised regarding the legitimacy and appropriateness of withholding taxes on honorarium payments, both to employees and non-employees alike.

The objective of this article is to ignite a discourse on the legitimacy and appropriateness of withholding taxes on honorarium payments at the rate of 10 per cent, whether payable to employees or non-employees and to draw the attention of tax authorities to the need for specific regulation on honorarium. This is due to the fact that it is an area that can rake in more tax revenue to the state if properly regulated.

What is an honorarium?

According to Black’s Law dictionary, honorarium is a payment of money or anything else of value made to a person for the services rendered for which fees cannot be or are not traditionally paid. In other words, it is a voluntary reward for which no remuneration could be collected by law or a voluntary donation in consideration of services that admit of no compensation in money. In Roman law, honorarium is a gratuitous payment, especially for professional services, as distinguished from compensation for physical labor. Other scholars also view it as a token payment made to bestow recognition to an individual for services performed, for which such individual ordinarily does not demand payment.

Typically, an honorarium is paid when custom or propriety forbids a price to be set. Therefore, payment to the recipient is at the discretion of the payer and generally considered a token of appreciation for a service provided, rather than fulfillment of an obligation (no written or verbal contract, no negotiation of precise terms and payment amounts). Examples of honorarium payments include payments to guest speakers, committee members for organising programmes, payments to individuals for facilitating or making presentations at workshops etc.

The following are some characteristics or features of honoraria or services for which honorarium payments are made.

a. The service is provided on a one-time or highly infrequent basis;

b. The service provided has no tangible deliverable product but are often event-related such as assistance with a task including speaking engagement, assistance with meeting planning or facilitation, strategic planning process etc.;

c. Payment for such services is not the recipient’s primary source of income;

d. Payment is generally considered a token of appreciation for a service provided, rather than fulfillment of an obligation;

e. Payment is usually at the discretion of the payee and mostly not reflective of prevailing market rates.

The operative phrase used in the preamble to the specified incomes or payments subject to 10% withholding tax is “service fee” which has been defined in Section 133 of the Act to mean a payment to the extent to which, based on market values, it is reasonably attributable to services rendered by a business of a person, but excludes interest, rent or a royalty. So the question to ask is, do honorarium payments qualify as service fees? Clearly, the answer is no. Honorarium payments to non-employees such as guest speakers, facilitators, resource persons, discussants etc. do not reflect market values that is, such payments do not satisfy the arm’s length principle, hence do not qualify to attract 10% withholding tax.

(ii) overtime pay and bonuses as provided by Regulations;

(iii) other payments, including gifts, received in respect of the employment;

(iv) other amounts required to be included under Part III of the act; and

(v) any other allowance or benefit paid in cash or given in kind if they are derived by the individual during the year from the employment.

It is evident from the provision in sec. 4 that the payment of honorarium to employees constitutes gains arising from their employment and thus qualifies as employment income. The law requires that such payments should be added to the employee’s employment income and taxed using the graduated rates.

Example, if Kofi Atia and Nii Senanu both work in Ministry of XYZ and are placed in 30 per cent and 25 per cent tax bracket respectively, an honorarium of GH¢30,000 each per the letter and spirit of Act 896 would have been taxed as follows:

But the current discretional form of taxation as far as honoraria is concerned would appear as follows:

Clearly there is understatement of tax worth GH¢ 10,500 (GHS 16,500 – 6,000) representing 64 per cent. The ‘harmful’ rate of 10 per cent that is used by many institutions is due to the practical challenge of taxing the subject matter (i.e. Honoraria) using the graduated rates since the payment is not through payroll systems.

Another practical challenge is the categorization of honoraria. Per the definition of honorarium by the Black’s Law dictionary, it is sometimes placed outside the scope of income from employment. Consequently, this paves way for harmful tax practices by way of tax avoidance arrangement, that is an arrangement that has a main purpose for the provision of tax benefit for a person or an arrangement where the main benefit that might be expected to accrue from the arrangement is a tax benefit for a person. Tax benefit in relation to a person, according to sec. 99(4(b)) of Act 915, simply means avoiding or reducing a tax liability of a person as demonstrated in the Ministry of XYZ illustration.

It is instructive to note that, not only has the Act not been clear regarding the taxation of honoraria, the practice notes which was issued in accordance with section 100 of the Revenue Administration Acts 2016 (Act 915) to achieve consistency in the application of tax as well as the Income Tax Regulation 2016, LI. 2244 have not also dealt precisely with honoraria.

The Commissioner-General of the Ghana Revenue Authority should issue policy guidelines on taxation of honoraria paid to non-employees.

The Commissioner-General of the Ghana Revenue Authority should direct Institutions to develop systems to pay honorarium to their employees through their payroll systems to allow them include such incomes to their employment income.

In the meantime, the Commissioner-General should activate section 34 of Act 896 and section 99(1) to counteract all forms of tax-avoidance schemes that are currently being undertaken by numerous institutions.

Appropriate tax on honorarium stands a chance of raking in more tax revenue to the state. Thus, such revenues should not be allowed to continue to elude the state.