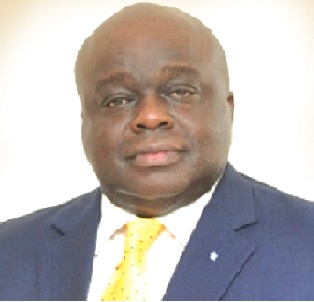 The Managing Director of GCB Bank PLC (GCB), Kofi Adomako, has said that the establishment of the Development Bank Ghana (DBG) is timely for banks and also for the growth of Small and Medium-sized Enterprises (SMEs) in the country.

He explained that the DBG would not be a commercial bank or behave like one; but rather, it would act as a wholesale bank which would on-lend, like many other development banks, to commercial banks.

“DBG has come at the right time. It is true we have had other banks which tried to play the role of development banks but DBG comes with a big difference.

“The difference DBG brings is its independence, governance and the way it was set up,” he said in a statement.

He noted that the development partners that DBG brought to the market were immense.

“I think the bank has come at the right time and it is going to be a different bank from what we have seen in the past.

Mr Adomako said GCB Bank collaborating with DBG was an opportunity to further take advantage of GCB’s wide branch network to reach out to SMEs.

“The reach we bring to this collaboration is immense. Also, GCB Bank has the expertise and experience in the SME sector and has the largest SME book in this country.”

According to Mr Adomako, it was, therefore, an opportunity to work with DBG to deepen that arrangement in terms of skills, scope and in terms of the value it brought through technical expertise, through managerial expertise and through capacity building.

He said the collaboration with DBG was expected to deliver several benefits, all aimed at improving SMEs.

“It will help share risk by channelling funds through it to GCB and to the huge SME clientele of the commercial bank.

“It will also offer capacity-building and technical support opportunities. Ultimately it will help GCB’s SME clients benefit from support which will position them favourably to compete on the African continent on the back of the African Continental Free Trade Area (AfCFTA) and also via other trade arrangements Ghana is signatory to,” he stated.