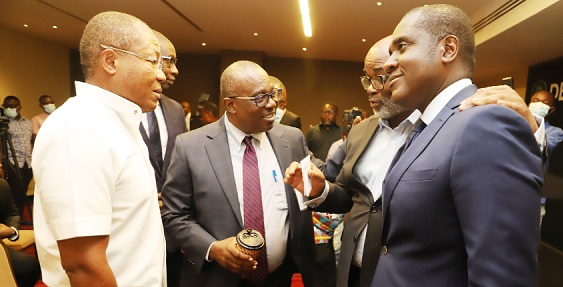 The Development Bank Ghana (DBG) will ensure the availability of competitively priced loans to small and medium-sized enterprises (SMEs) to transform the economy, the Chief Executive Officer (CEO) of the bank, Kwamina Duker, has said.

He said enterprises in sectors such as agribusiness, manufacturing, information and communication technology (ICT) and those that offered high-value services would be supported by the bank to scale up.

“The DBG has a catalytic role to perform — supporting the people and businesses that form the core of our economy and providing access to funding that is currently not available,” he said.

Mr Duker made this known yesterday[June 13, 2022] when he addressed the media ahead of the official launch of the bank today.

Mr Duker said the bank would do things differently in the financial sector to build the capacities of SMEs in the country, including upholding world-class governance standards to make the DBG a model for developing finance institutions.

“Do it differently means we will operate as a united front with our partners, our banking friends and the SMEs we are all working to support because we must be different in the way we help to solve some of the problems facing SMEs,” he said.

He explained that SMEs made a significant contribution to the national output and economic resilience, and were estimated to employ more than 80 per cent of the workforce and also generated about 70 per cent of gross domestic product (GDP).

However, he said, despite the enormous contributions to the economy, SMEs remained underserved when it came to long-term loans or patient capital.

“Indeed, in 2020, just under 10 per cent of loans in the banking industry were to companies in the manufacturing and agricultural sectors,” he noted.

Touching on the purpose for establishing the bank, Mr Duker said the government recognised the gap and deficit in extending loans to SMEs, and so established the bank in accordance with the Development Finance Act 2020 to help relieve critical bottlenecks that had hindered the availability of long-term loans.

Among other things, he said the bank would develop strong partnerships with the development finance institutions (DFIs), the participating financial institutions (PFIs) — especially commercial banks — and other groups to provide business development services to SMEs to help them secure loans and to use the loans to grow their businesses.

The bank, he said, would also promote excellence within the PFIs and the businesses that the PFIs would support in terms of environmental, social and governance development.

“In the early stages of the DBG, it is essential that we pay particular attention to the governance aspects of environmental, social and governance development. We have set our expectations and our standards high, both for ourselves and our partners,” he said.

With a capital structure of $800 million provided by the government, the World Bank, the European Investment Bank (EIB), the African Development Bank (AfDB) and KfW, the DBG has GH¢1.2 billion to on-lend to PFIs and provide capacity-building.