Demurrage payment drops in first half of 2018 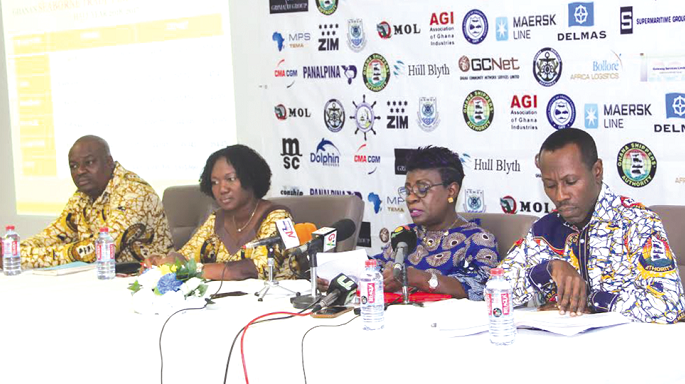 Importers who shipped cargo into the country for the first half of this year paid US$28.5 million as demurrage to shipping lines for undue grounding and detention of containers after the mandatory free period

The figure represents a decline of about 25.93 compared with the US$38.5 million paid in the same period of 2017, mostly by the importing community.

Despite the drop in demurrage, the payment in rent by shippers to the Ghana Ports and Harbours Authority (GPHA) increased by 11.86 to US$22.7 million.

The Chief Executive Officer (CEO) of the Ghana Shippers' Authority (GSA), Ms Benonita Bismarck, who disclosed this at the Shipping Quarter and Outlook last Friday, August 24, in Accra, underscored the need for increased shipper education and sensitisation in the area of non-containerised cargo such as unpacked vehicles and other general cargo to reduce the rent figures.

“We have indicated time without number that demurrage and rent are avoidable payments at the ports. In other words, if are able to clear their cargo generally within the first seven days which is the free period, they do not have to pay demurrage or rent,” she said.

According to her, it had been a priority of the authority to reduce the total amount of demurrage and rent payments through education and .

“This has been aggressively pursued through the engagement of trade associations such as the Ghana Union of Traders Association (GUTA), Association of Ghana Industries (AGI) and other shippers across the country. It is gratifying to note that demurrage payments by shippers at the Tema and Takoradi ports recorded a decline in the first quarter of this year,” she said.

Bismarck observed that during the first quarter of 2018, the authority, in collaboration with shipper associations, a number of programmes for shippers as part of efforts to facilitate trade and to enhance the competitiveness of shippers in the country.

As a result, he said seminars were held for the AGI, GUTA, the regional committees, as well as other stakeholders across the country on container demurrage.

The seminars were with the aim of providing relevant information to shippers and traders to help them increase their profitability through the reduction in demurrage and rent payments.

The CEO said the paperless system had brought some relief to shippers and the authority would continue to educate them on the need to operate within the framework of the system.

She urged shippers to report any challenges they encountered with the system to ensure they were addressed expeditiously.