Debt exchange programme: No takers yet 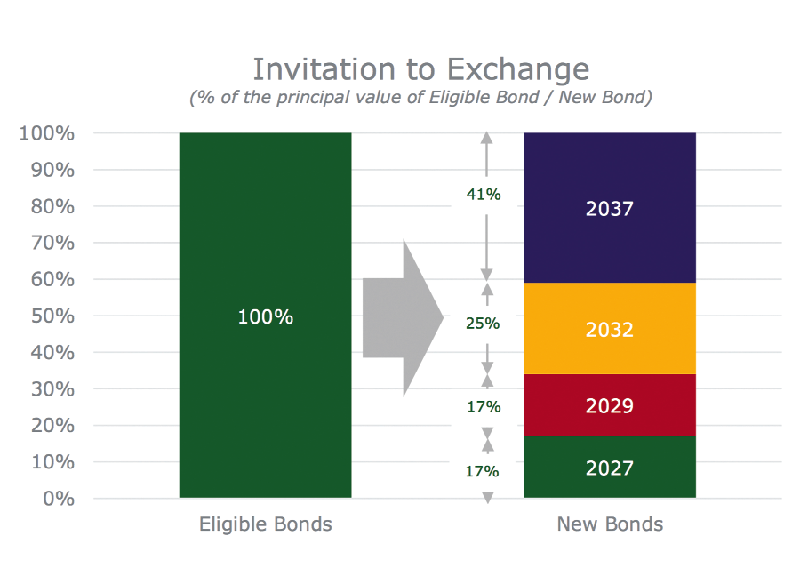 With barely seven days left, the Central Securities Depository Limited (CSD) is still waiting for the consent of institutional bondholders willing to participate in the domestic debt exchange programme.

It requires them to postpone their interest in return for full payment of the principal at a later date.

The follows the successful launch of the exercise on December 5 after which holders of locally issued cedi bonds are to consent for the exchange of their instruments, numbering about 60, for four unique bonds that would be issued later.

Graphic Business checks indicate that as of Monday, December 12, no investor had communicated to the CSD of its intent to participate in the historic exercise.

Launched by the Minister of Finance, Ken Ofori-Atta, the domestic debt exchange programme requires institutional holders of the eligible bonds to agree in writing to the CSD to exchange their current holdings for the new ones.

Interested investors have up to 4:00 p.m on December 19 to confirm their willingness to participate, according to the Minister of Finance, who said the exercise was an avenue for Ghana to bring its debts to sustainable levels to be able to qualify for financial support from the International Monetary Fund (IMF).

As of December 12, however, no such application had reached the CSD.

Sources at the Ministry of Finance and the CSD told the paper that it was possible that the banks and brokers, which interface for the depository and the investors, were collating the lists in bulk to be forwarded to the depository later.

Given that the CSD does not deal with individual investors, the sources, who did not want to be named, said it was not unusual for the depository to record no takers for the debt exchange programme in the first days.

“At the moment, we cannot say who is participating and who is not because it is the banks and the brokers that have to collate it and submit to the CSD before the cut-off time.

“So, until the cut-off date has passed, it is difficult to say,” one source said.

Management executives in the treasury departments of five banks, who the paper spoke to also indicated that no such interest had been expressed by any of their Government of Ghana bond investor clients.

They said many investors were waiting for firm decisions from their mother organisations on the way forward for the exercise, whose announcement had been met with resistance from labour unions through banks to pension and mutual fund managers.

“Do not forget that the banks, as we speak, do not have a position on the exercise,” one executive said.

The first of its kind in the country, the domestic debt exchange exercise is seen as an avenue for the country to restore sound public finance and sustainable debt metrics while kick-starting economic growth, following the impact of the COVID-19 pandemic.

It, however, poses a risk to investors and the financial sector, given the potential loss of income, reduction in liquidity and distraction to the projected revenue flows of the affected companies.

Although the government has announced the setting up of a GH¢15 billion stability fund to mitigate the impact on participating firms, not many are enthused.

The Ghana Association of Bankers (GAB), whose members hold about 34 per cent of the GH¢137 billion debt up for the swap, has not expressed a decision on the exercise. As of August this year, the lenders had about GH¢81 billion of their assets invested in all government securities.

While labour has given the government a one-week ultimatum to exempt pension funds from the exercise, trustees of the retirement contributions have rejected the offer, describing it as injurious to workers’ pensions and their individual operations. About GH¢25 billion of pension funds have been invested in government bonds and bills as of August this year.

Fund managers and custodians have also served notice of their decision not to participate, explaining that they were sidelined in the consultation to the announcement of the programme.

While this is understandable, the Ministry of Finance source said there was the need to allow cool heads to prevail.

It said the country found itself in a tight corner and that, it was important for tough and appropriate decisions to help navigate the curve for the macroeconomic conditions to revert to sustainable levels in the interest of all.

“Fortunately, we have put in all the measures that will ensure that they are well protected and so it is a bit surprising that they are still worried,” the source said.