Court of Appeal throws out Yaw Boakye again; FBN Bank, others not to pay rent to him 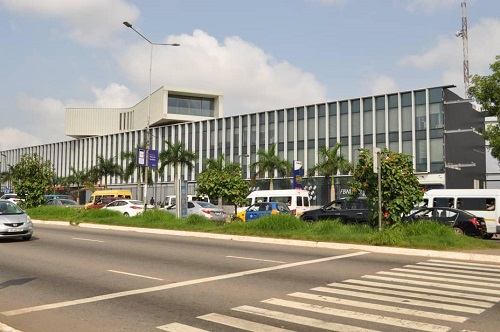 The legal wrangling surrounding a building belonging to the late Edward Osei Boakye of Boakye Mattress fame came up at the Court of Appeal Wednesday, June 24, with the court ruling in favour of the Estate of the late business magnate.

One Yaw Boakye, who by virtue of a sub-lease from the Estate/Trustees, is in control of the property located at Airport just before the Shell filling station at 37, wanted the Court of Appeal to suspend an order by the High Court asking tenants on the building to pay rent into an account designated by the High Court until the final determination of a suit by the estate seeking recovery of possession of the property.

However, in a unanimous decision, a three-member panel of the Court of Appeal, presided over by Justice Henry Kwofi, dismissed the application as without merit.

It held that the ruling by the High Court was in tandem with the law and the circumstances of the case.

“We are not minded to exercise our discretion in favour of the applicant. The application is dismissed,” the second highest court of the land ruled.

The court awarded cost of GH¢5,000 against Yaw Boakye.

The dispute travelled from the High Court to the Court of Appeal where Yaw Boakye lost in a judgment delivered in 2011 and was ordered to vacate the property but at the Supreme Court, the parties agreed to settle the matter amicably leading to a consent judgement in 2014.

As part of the terms of settlement under the consent judgement in April 2016, the Trustees of Mr. Edward Osei Boakye decided to sublease the property to Yaw Boakye for a period of 15 years for a monthly rent payment of $35,000 payable annually in advance.

In view of non-payment of rent since 2016, the Trustees brought a new action at the Commercial Division of the Accra High Court seeking to recover the commercial property from Yaw Boakye and his tenants, recover unpaid rent and also damages for breach of contract.

As part of their case, they prayed the Court to order the tenants on the property not to pay rent to Yaw Boakye but to the court until the final determination of their suit and also for the court to inspect the property to ascertain the number of tenants and also whether or not they had been paying the rent.

High Court order
On July 22, last year, the High Court, presided over by Justice Eric Kyei Baffour, upheld the application of the Trustees.

He, therefore, ordered the Registrar of the Court to inspect the property to ascertain the number of tenants there and also to inspect the tenancy agreement and the rent receipt books.

“It is further ordered that future rent due first respondent (Yaw Boakye) should not be paid to him but be paid into court and the rent placed into an interest bearing account till the final determination of the suit or some such time as the court May direct,” Justice Kyei Baffour ordered.

Yaw Boakye then appealed to the Supreme Court and filed an application for the suspension of the order made by the High Court. However, on April 20, this year, a five-member panel of the apex court dismissed his application as incompetent and slapped cost of GH¢5,000 against him.

Moving the application, counsel for Yaw Boakye, Mr. Yaw Opoku-Adjaye urged the Court of Appeal to suspend the decision of the High Court on the basis that it would cripple his client.

He argued that his client took loans from banks to complete the building and upgrade it to its current state and, therefore, paying the rent to the court would ruin him and also make it difficult for him to repay the loans.

Counsel argued that if the rents were not given to his client to service the loans, the banks may sell the building to offset the loans.

Counsel for the Edward Osei Boakye Trust Fund, Mr. Daniyal Abdul-Karim, opposed the application and urged the court to dismiss it.

He contended that the argument by counsel for Yaw Boakye that creditors could sell the building due to the rent not being paid to Yaw Boakye was unfounded.

According to him, per the consent judgement by the Supreme Court, it was impossible for the building to be used as collateral for the payment of any loan without the consent of the Executors and Trustees.

Counsel further argued that greater hardship had rather been occasioned to his client (Edward Osei Boakye Trust Fund) since it had not received any rent for the last four years as agreed in the consent judgement.

“We pray that the application be dismissed”, he prayed.

The Court of Appeal accordingly agreed with Mr. Abdul-Karim and dismissed the application.