Christmas in the air 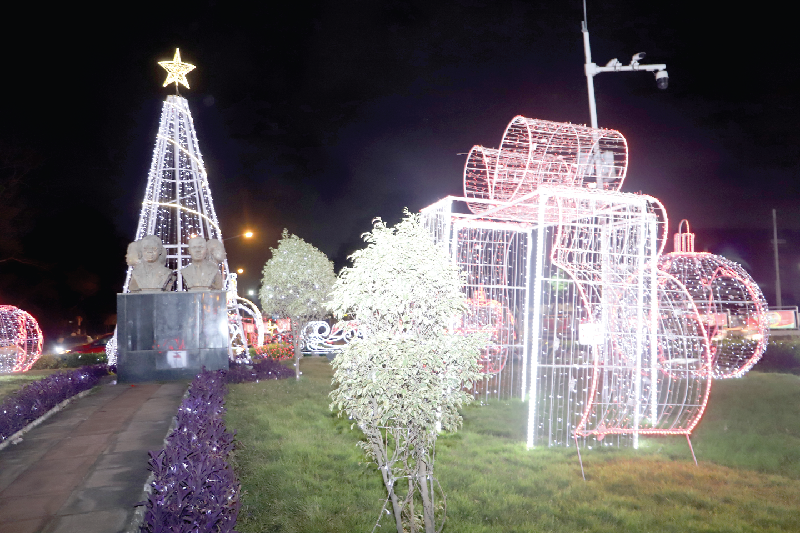 Many parts of the country, particularly the capital cities, including Accra, are lit with many colourful lights.

The various airwaves, radio and television are rocking with carol music and seasonal movies and documentaries.

While shops and restaurants, among others, are also stocked with new consignments meant for the season, corporate buildings have been draped with different decorations.

All these signal one fact, Christmas is here once again.

The brisk business by traders coupled with the mad rush to town for last minute shopping bear testimony to the fact that the season is here.

Exactly five days from today, all the frantic preparation towards Christmas Day will be crowned with various activities including church services, parties, jamborees, among many other merry-making events.

This year’s Yuletide celebrations have come at a crucial time when the economy is at its worst state in decades raising the cost of living to levels unbearable for many.

The general price levels in the country since the beginning of the second quarter of last year has not been the best as the development has badly eaten into the disposable incomes of the people.

The country’s inflation rate surged to 50.3 per cent in the month of November compared with the 40.4 per cent rate recorded for the month of October.

It is the first in 27 years since inflation rate had gone beyond the 50 per cent mark. The increase is also the 18th consecutive time that the rate had ballooned, a development which is expected to further impact the already high lending rates, among other things.

Last month’s inflation was driven by the sharp rises in the prices of housing, water, electricity, gas and other fuels division which recorded an inflation rate of 79.1 per cent.

The education division and the insurance and financial services division recorded the lowest inflation rates of 10.7 per cent and 10.2 per cent, respectively.

The Ghana cedi traded at an all-time high of GH¢14.20 to $1 in the first week of December, but after the launch of the Debt Exchange Programme, the local currency has stabilised and currently trade below GHc7.99 to $1 dollar.

Unfortunately, however, the latest development is yet to be felt on the general prices of goods on the market, particularly at this time of the year when traders are always cashing in on the season to make super normal profit.

Some traders are arguing that their imports were done at the old cedi to dollar rate and, therefore, they are unable to reduce the prices until next month when the appreciating cedi impact will be felt.

Meanwhile, the rebound of the local currency is a long way from offsetting the almost 55 per cent loss in the value of the cedi between January and November 24, this year.

However, with the prices of petroleum products and transport fares going down, the mental pressure will reduce with hope in sight in the coming weeks after the festivities.

There is pressure mounting on traders to reduce their prices.

But the Ghana Union of Traders Association (GUTA) has asked its members to strike the averages and sell at what can at least make them break even.

It is expected that the profiteering mentality of traders at this time of the year will not override the calls for them to empathise with their customers who have endured the hardships brought on them as a result of a falling cedi, high petroleum prices and transport fares, among other harsh economic indicators.