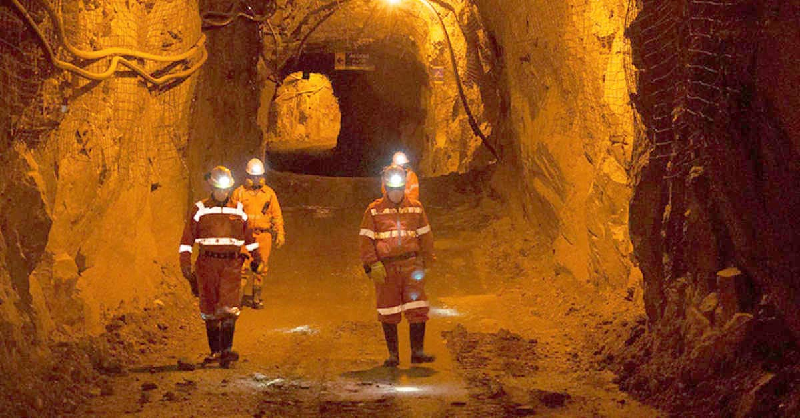 With integration the company hopes to optimise its operations including its work force
30.5k Shares

Plans by Asante Gold Corporation to integrate the Chirano and Bibiani gold mines is steadily progressing, with a detailed study to capture potential synergies far advanced.

When completed, this is expected to save the company between $5.5 to $7 million per year.

In a release issued by the company, it noted that a principal initiative was the development of an access road to directly link the process plants, which are approximately 15 km apart.

This road, it said, would support shared services activities and would be developed further to become a mine haul road, so that ore could be treated where most appropriate.

“As previously disclosed, opportunities to reduce costs and improve our operations have been estimated to present savings of up to approximately $5.5 to $7 million per year,” it stated.

“Implementation of actions to capture these opportunities has been started, including coordinated supply of principal consumable materials to the mine with identified commonality. To date, more than $1.5 million in annual cost reductions have been captured”.

The company in the release, also stated that it was on course to meet its 400,000 ounces’ gold production target after recording a 20.7 per cent increase in average monthly gold production for November and December 2022, as compared with the prior two months.

The increases were recorded from its Bibiani and Chirano Gold Mines, all located in Ghana.

The November and December gold production monthly average was up 34.4 per cent from the monthly average of 17,834 ounces’ gold from August to October, 2022, Asante’s third fiscal quarter.

This is good news for the country as it will go a long way to boost gold production figures this year.

With the country currently implementing a gold for oil initiative which would see it exchange its gold for oil on the international market, a boost in gold production would help make this initiative successful.

No lost time from injuries

The company also noted that it continued its record of no lost time from injuries, consolidated preliminary gold production of 23,760 and 24,180 ounces respectively for November and December; and completed final US$30 million deferred payment, completing the Bibiani acquisition.

It also completed US$54 million in the first and second tranche payments on the company’s gold forward sale agreement in October 2022 and January 2023 through the delivery of 16,249.60 and 14,113.51 ounces of gold, respectively.

The CEO of Asante Gold Corporation, Dave Anthony, in the release stated that “over the past 12 months, Asante has been transformed from an early-stage exploration company to a mid-tier gold producer.

“The significant production gains in November and December bode well for the achievement of our 400,000-ounce target from Bibiani and Chirano for the fiscal year ending January 31, 2024. Over the past five months, we have made payments totalling US$83.6 million towards closing our Bibiani acquisition and repaying our gold forward sale agreement”.

Looking forward, he said the company would continue to capture the benefits of owning these two nearby operating mines which incorporate a district scale land package with significant exploration potential.

He said value creation initiatives were proceeding across its business as it looked to make Asante one of the top mining companies in Africa.