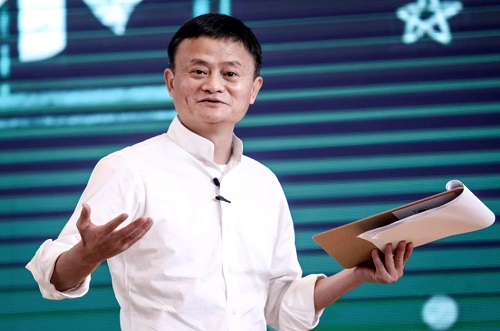 The world's biggest online retailer - China's Alibaba - has been hit with a record fine equivalent to $2.75bn (just over £2bn).

Regulators in China said the internet giant had abused its dominant market position for several years.

In a statement, the company said it accepted the ruling and would "ensure its compliance".

Analysts say the fine shows China intends to move against internet platforms that it thinks are too big.

While not well known outside China, inside the country Alibaba is an ever-present behemoth, the BBC's Robin Brant reports from Shanghai.

The company is China's Amazon meets eBay, our correspondent says. Retail is its main activity but its work has spread to digital payments, credit and cloud computing.

It is the latest in a chain of events targeting the company that kicked off last October, just after its high-profile co-founder, Jack Ma, told a gathering of China's leading regulators that they were stifling innovation.

Jack Ma is well-known in China as one of the country's most successful entrepreneurs.

"This penalty will be viewed as a closure to the anti-monopoly case for now by the market," Hong Hao, head of research at BOCOM International in Hong Kong, told Reuters news agency.

"It's indeed the highest profile anti-monopoly case in China. The market has been anticipating some sort of penalty for some time... but people need to pay attention to the measures beyond the anti-monopoly investigation."

The country's other tech giants are also coming under increasing pressure from regulators worried about their growing influence.