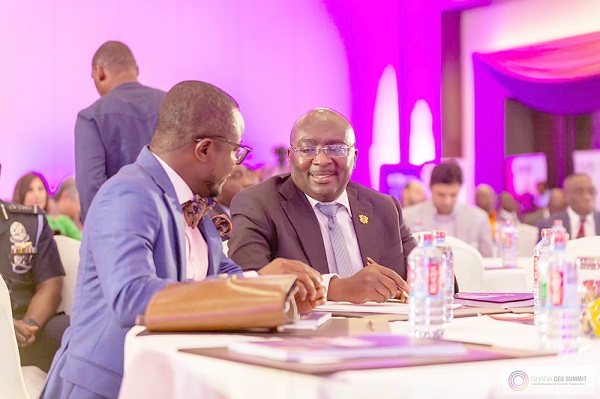 The Chief Executive Officer (CEO) of the CEOs Network Ghana, Ernest De-Graft Egyir, is pushing for the formulation and passage of a legislation to enhance the ease of doing business in the country.

He said the passage of an Ease of Doing Business and Anti-Red tape Act was the way to eliminate what he described as rigid conformity to procedures and requirements in government service which only created redundancy and bureaucracy.

Mr Egyir made the call at the just-ended 6th CEOs Summit held in Accra on the theme, “Digital Leadership For The Digital Economy, Leading Digital Business and Government Transformation, A Private- Public Sector CEO Dialogue and Learning.”

“Such a legislation will require government agencies to promote transparency in their services to the public by improving efficiency and reducing bureaucratic practices.

“Inefficiencies in government services pose a serious threat to a friendly business environment and deliberate steps must be taken to eliminate same,” he stated.

He added that among the numerous benefits of anti-red tape legislation was also the elimination of corruption.

“Corruption, as we are all aware, continues to be a major hindrance to economic and social development of our dear country despite the presence of a myriad of interventions to stop it,” he said.

Speaking on the topic “Reimagining Digital Identity, as a strategic imperative for Business and Digital Economic Transformation”, the Founder and CEO of Margins ID Group, Moses Kwesi Baiden Jnr, said the use of well-designed Digital Identities, Identity registers and databases had a fundamental and significant impact on the country’s social, economic and political well-being.

“When it comes to digital identity, the Ghana Card has placed us head and shoulders above other countries; the question is, what other investments we are going to make to ensure that our business ecosystems, both private and public, are automated and secure enough to facilitate a safe, ethical and immersive digital experience for its users? How ready are you for that shift? The time is now,” he said.

Some CEOs, business leaders and organisations were recognised for their achievements, business success, innovation, leadership and contribution to the economy.