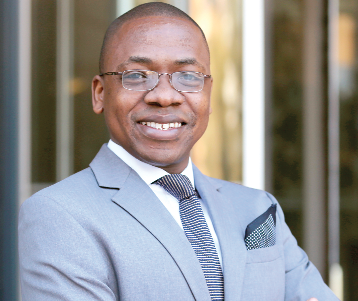 The cedi’s 2021 overvaluation has abated by 14 basis points to 113.2 per cent, since 2020, with recent currency weakness helping close the overvaluation gap.

This is, according to RMB, the investment banking arm of First National Bank’s most recent Milk Index.

The Economist’s Big Mac Index measures purchasing power parity between currencies and looks at how market exchange rates impact the price of goods in various countries.

The Milk Index does the same. But it measures not on Big Macs, but on milk – available and accessible across Africa.

RMB’s Milk Index compares the price of milk on the African continent. While the Milk Index methodology is an interesting point of departure to evaluating the risks associated with taking foreign exchange exposure in Africa, it’s important to marry these results with other techniques to assess valuation.

RMB Africa Economist and Strategist, Mr Neville Mandimika: “We juxtapose the results from the Milk Index with other techniques like the Real Effective Exchange Rate (REER). The results assist investors and corporates with operations in African countries with decisions around hedging their foreign exchange risk.”

Milk prices have trended up, and this year’s main finding is that COVID-19 exacerbated the valuation of certain currencies. In the last few months food prices have accelerated globally and have played their part in higher inflation prints in most of RMB’s coverage countries.

The cedi’s overvaluation had abated this year, compared to last year, by 14pt to 113.2 per cent, Mr Mandimika said, adding that it was the cedi’s weakness in the last few months that had aided in the unit closing this overvaluation gap.

“When compared to the REER,” he added, “We notice that the unit is deemed to be fairly valued. This implies that we could see the spot cedi trade sideways for the remainder of the year.”

On the horizon was the COCOBOD issuance, which would further add to the central bank’s FX reserves, aiding its efforts to minimise currency weakness which would be inflationary, the RMB Africa Economist observed.

“That said, it is important to note that as we get closer to the festive season, there will be a natural increase in demand for dollars as corporates stock up for the holidays. This would add pressure to the unit,” Mr Mandimika added.

COCOBOD has increased its syndicated loan from $1.3 billion last year to $1.5 billion this year, having completed a virtual roadshow.

The Chief Executive Officer (CEO) of COCOBOD, Mr Joseph Boahen Aidoo, said the board had already done the necessary arrangements for the first tranche of the money to be accessed by the middle of next month.