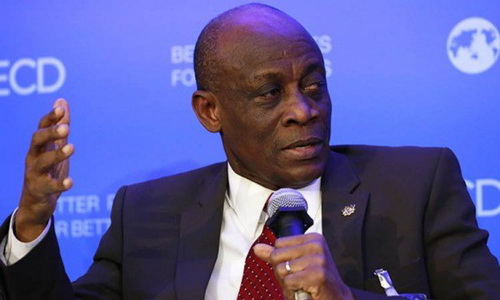 Former Minister of Finance, Mr Seth Terkper, has cast doubt on the ability of the recently passed Budget Responsibility Act (BRA), 2018 (Act 982) to fully achieve fiscal discipline in the country, describing it as a duplicate of the Public Financial Management Act (PFMA), 2016 (Act 921) and Petroleum Revenue Management Act (PRMA), 2011 (Act 851).

“The BRA does not repeal the PFMA or PRMA but, particularly, makes explicit changes to PFMA Section 16. The BRA excludes and modifies major parts of Sections 2 to 18 without being specific on rational, relevance, and application,” he says in an article due to be published in the Daily Graphic.

He observes that unless the passage of the Act was meant to meet a pressing obligation or gain political capital, the country would have been better off amending “the PFMA and focus on the Regulations since the entire fiscal responsibility rules in the BRA exist in the PFMA and in relatively better shape.”

Weakening existing laws
The BRA Act was passed in December as an anchor to fiscal discipline at a time the country is recovering from economic imbalances partly occasioned by election-year cycles.

Although a new law, Mr Terkper said the BRA reproduces and modifies some sections of Acts 851 and 921, two separate laws that guide the management of public finances and the collection and disbursement of revenue from petroleum resources.

He emphasised that the BRA Act in its current form rather minimises the effectiveness of the PFMA and PRMA acts.

In his view, the “two substantive changes to Sections 12 to 18” of the two laws, which are now the bases of the BRA Act “warrant a debatable amendment by Parliament but certainly not an entire law.”

He quoted the two sections as the quantitative indicator (s2) of a maximum of five per cent of budget deficit or fiscal balance to GDP (b) “where the Minister decides to suspend the fiscal rules (s3), he is obliged to report to Parliament, not Cabinet, within 30 days.

“The first substantive BRA quantitative criterion focuses on the fiscal deficit and reinforces the sub-optimal stance in our annual budgets that defines deficits as ‘fiscal anchor’ for PFM practice in Ghana.

“This is narrow and not helpful to a comprehensive coverage of fiscal management. In substance, it is only similar to Bank of Ghana’s (BoG) equally narrow stance on ‘inflation targeting’ in relation to monetary and financial policy,” he said.

Better option
He was convinced that the passage of the more comprehensive draft PFMA Regulations, “in abeyance now for two years — despite the undertaking in paragraph 829 of the 2017 Budget — would have better served the nation’s fiscal policy, rules, and management.”

He said the regulations would have covered more comprehensive set of fiscal rules.

This, he said “is a more credible alternative to enhancing our budget, public accounts, audit, and macro-fiscal environment.

“Unless the stance of BRA is to fulfill a political promise or meet some other obligation (ref, IMF Program, Letter of Intent for 6/7th Review on PRMA Regulations), it would have been sufficient to amend the PFMA and focus on the Regulations since the entire fiscal responsibility rules in the BRA exist in the PFMA and in relatively good shape,” he added.

He was worried that the exclusion of, and exceptions “to, important PFMA provisions appear to give a ‘pass’ to a government which, while in opposition, touted the need for stricter fiscal rules.”

“Since, compared to the PFMA, the passage of the BRA lacked public consultations and debate, the exceptions made in the latter do not serve fiscal management well, at a time we should be harnessing our extra oil output and resources to improve public and private investment in the real sector to create more sustainable jobs.”