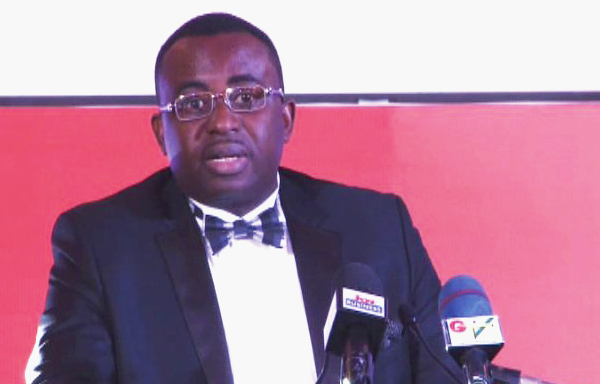 The Bank of Ghana has initiated a project to implement a mobile money payment infrastructure that will enable the seamless transfer of funds from one network provider to another (interoperability).

Currently, a subscriber on MTN cannot send money to another individual on Tigo, Airtel or Vodafone and vice versa but the new infrastructure, when completed, would allow for such transfers.

The BoG has, therefore, begun stakeholder consultations towards the implementation of this infrastructure and has urged the banking industry to be actively engaged in this regard.

This was disclosed by the Deputy Governor of BoG, Dr Johnson Asiama, at the 15th Ghana Banking Awards in Accra.

Currently, there is interoperability within the payment cards subsector, evidenced by the GH-Link switch on one hand and interoperability among international card schemes such as Visa and Master card on another.

However, the mobile money subsector, which has experienced phenomenal growth in recent years, is not interoperable, a situation the Deputy Governor believes poses a serious challenge to the country’s quest for an efficient and inclusive national payments system.

He said subsequently, the new infrastructure would be linked to the Ghana Interbank Payment and Settlement System (GhIPSS) infrastructure to achieve a national payment systems interoperability.

He said the project would also ensure an overall integration of mobile payments platforms of the mobile money operators and also help in achieving integration with the clearing and settlement facilities.

He said the project, when completed, would provide enormous opportunities for banks, corporate entities, government and individuals and also put Ghana among the league of countries with developed payment system infrastructure.

Dr Asiama also pointed out that the BoG was developing a recapitalisation and liquidity plan to strengthen the banking industry and make it more resilient and robust.

He said as part of the plan, the bank would be conducting an update of the Asset Quality Review (AQR) of all banks to effectively determine the current provisioning and capital needs of each bank.

He noted that this had become necessary because a diagnostic assessment by the BoG on the quality of financial exposures in the forms of loans and advances, as well as investments of the 28 banks in the country revealed some vulnerability with respect to loan losses within the industry.

He said the bulk of those losses were due to funding to the utility companies and Bulk Oil Distribution Companies (BDCs).

He indicated that the government was finalising plans to clear all arrears due to BDCs and utility companies to restore their viability.

He said this would improve the capital levels of the banks that were affected and place them on a sound footing.

Fidelity Bank Limited came out tops at the 15th edition of the Ghana Banking Awards by winning the overall bank of the year award.

The bank was also adjudged the Corporate Social Responsibility Bank of the year and Trade Deal of the year.

Capital Bank also won three awards on the night as it walked away with the Best Growing Bank award, the Best Bank in Household Financing and the newly created category, Best Bank, Savings and Deposit.

The Chairman of the Awards Planning Board, Nana Otuo Acheampong, said the awards were based on a careful assessment on the published financial results of the 28 banks by Auditing Firm Ernst & Young (EY).