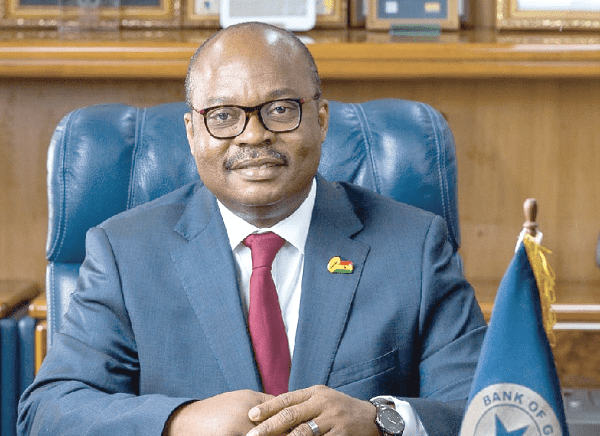 The Bank of Ghana (BoG) has raised the monthly sale of foreign currencies (FX) by 60 per cent in the first quarter of this year to help contain the increased demand for those currencies within that period of the year.

The bank is hopeful that the front-loading of the auctions in between January and March this year will help narrow the gap between peak demand and supply of FX and reduce the pressure that volatile demand poses to the cedi in the first quarter.

The decision to increase the amount to be auctioned was also in response to “significantly higher” demand for the FX than previously anticipated, the Head of Financial Markets at BoG, Mr Steven Opata, said in an email response to enquiries.

“Based on the forward auction performance in 2019, it was observed that demand was significantly higher than the published auction target on each auction.

“The bank, as such, decided to increase the auction target from $50 million monthly to $80 million in the first quarter in line with observed seasonal demand,” he said.


Started in the last quarter of 2019, the forward auctioning of FX was one of the measures introduced by the central bank to manage expectations and the resulting impact on the foreign exchange market.

It was also meant to help deepen the FX market, as well as reduce uncertainty on the future availability of FX to meet the FX needs of banks and their clients.

In the first window, October to December, the bank sold a total of $125 million.

Although $50 million was sold per month in that maiden quarter (except in December when $25 million was sold), the 2020 calendar showed that BoG had raised the target to $80 million for sales planned to take place in the first three months of this year.

The calendar showed that the central bank, however, maintained the amount to be sold per month at $50 million for the rest of the quarters – bringing the total target for 2020 to $715 million, according to the year’s FX auction calendar.

Explaining the rationale for the increment, BoG’s Head of Financial Markets said it was also in anticipation of the “seasonality” in the demand for FX, particularly the US dollar, in the first quarter of the year.

“This is to take care of seasonality, where the demand in the first quarter is usually higher than other quarters,” Mr Opata said.

He said evidence showed that demand normally surged in the first quarter when letters of credits (LCs) to import goods, restock after festive periods and to finance dividend repatriations, among others, matured.

Until the introduction of the forward auction regime, BoG was using the spot trades of FX to meet the demands of firms and investors for international currencies.

Mr Opata said while the forward auction had proven to be helpful, it would not replace the spot sales but would complement the age-old practice.

As a result, he said the planned $715m amount to be auctioned in 2020 was “an addition to the central bank sales and purchases in the spot market”.

Going forward, Mr Opata said BoG would continue to “proactively intervene in the FX market to smoothen out volatility irrespective of the $715 million provisioned”.

On the impact of the auction system, the Head of Financial Stability said the goals had been “somewhat met, with feedback from the market also being positive”.

He explained that the forward auction was introduced to, among other things, minimise the front-loading of foreign exchange demand on the market and, thus, reduce the pressure on the spot market, reduce uncertainty on the future availability of FX to meet the FX needs of the banks’ clients and deepen the foreign exchange market.

“To the extent that the above goals have been somewhat met, coupled with positive market feedback, we would say the impact has been positive,” he said.

He further assured the public and the market of BoG’s commitment to introducing initiatives that would deepen the FX market in support of its price stability mandate.

Meanwhile, the International Monetary Fund (IMF) has observed that it was “crucial” for the country to reduce its FX interventions to help build buffers.

In a report released in December 2019 after the Article IV Consultation, the fund noted that although international reserves were stable in 2019, they were funded largely by foreign borrowings.

Commenting on the BoG auction of FX, the fund said move “may help mitigate exchange rate volatility, although they create a net open position for the central bank that must be carefully managed.”

It was, however, optimistic that the recently introduced repurchase agreement (repo) guidelines would help develop the interbank market.