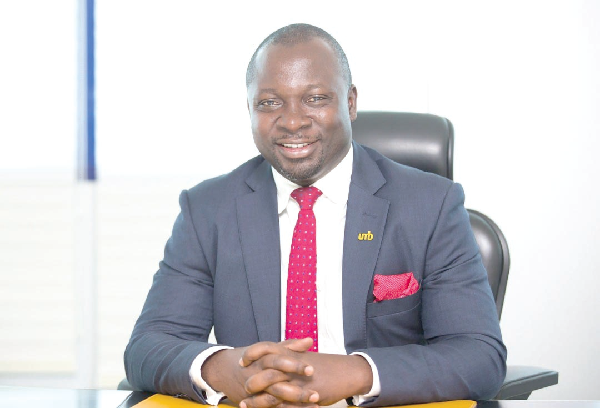 The Chief Executive Officer of the Ghana Association of Bankers (GAB), Mr John Awuah, has appealed to the government to reverse a tax proposal that will exact five per cent of banks’ gross profit into the public purse to help defray the cost incurred by the state in cleaning up the banking sector.

He contended that the tax was ill-timed, wrongly intentioned and targeted, saying that if implemented, it would make the local banking sector the most taxed in West Africa.

In an interview with the Daily Graphic yesterday, Mr Awuah indicated that the five per cent financial sector clean-up tax on gross profits, when approved, would make banks in the country unattractive to investors to invest in.

While describing the tax proposal as “shocking to banks”, given that the industry was not consulted, Mr Awuah said its approval would also limit the ability of banks to deploy fresh funds to businesses to enable them to recover from the COVID-19 scourge and also take advantage of the opportunities offered under the African Continental Free Trade Area (AfCFTA) agreement.

Consequently, he said, the GAB would engage the Ministry of Finance and the Ghana Revenue Authority to withdraw the tax from being approved by Parliament.

The former Managing Director of the Universal Merchant Bank (UMB) Limited was expressing the position of the GAB on government’s proposal to levy banks to defray the cost of the financial sector clean-up, which it said was more than GH¢21 billion.

Presenting the 2021 Budget Statement to Parliament, the Minister of Parliamentary Affairs and Majority Leader, Mr Osei Kyei-Mensah-Bonsu, said the financial sector clean-up exercise and the refund of money to depositors had restored investor confidence and protected the hard-earned savings of millions of Ghanaians.

“However, this has come at a huge cost of over GH¢21 billion to the government.

“Mr Speaker, the government will, therefore, introduce a financial sector clean-up levy of five per cent on profit-before-tax of banks to help defray outstanding commitments in the sector,” Mr Kyei-Mensah-Bonsu, who is now the caretaker Finance Minister, said.

He added that the tax would be reviewed in 2024, making it a sunset levy.

The CEO of the GAB said the tax was counterproductive and injurious to the push for banks to lead the economic revival process through funding to businesses and households.

“Banks are coming out of the COVID-19 pandemic where we supported businesses and the country in monumental ways. We need to support the economic revival process and we are already doing that.

“We need to finance businesses to take advantage of AfCFTA or we will be taken advantage of and so now is not just the time to tax banks,” he said.

The GAB CEO stated that the industry found “everything wrong with the tax and we are saying that it should not be approved; it should be reversed for us to revert to the negotiation table and see how we can, together, support the cause for which it was introduced”.

When asked if banks would not pass on the tax to consumers, Mr Awuah said it was one main reason the tax should be withdrawn.

He said any attempt to collect it would result in the cost of financial services, especially lending rates, going up, and that would make the economy uncompetitive for companies.

“Already, our interest rate regime is one of the highest in the sub-region and businesses are complaining. If you add this tax, how do you expect businesses to borrow and be able to compete in the AfCFTA regime?” the CEO asked.

The GAB CEO said the nature of the tax made existing banks victims of their challenges that led to the collapse of the nine banks.

Mr Awuah said the tax was effectively “asking those in existence to pay for the sins of those collapsed, and that is not right”.

“If we are saying that the clean-up exercise made the sector resilient and sound, we agree, but are banks the only beneficiaries? Why are telecommunication, mining and trading companies not also made to pay a part to defray the cost incurred?” he asked.