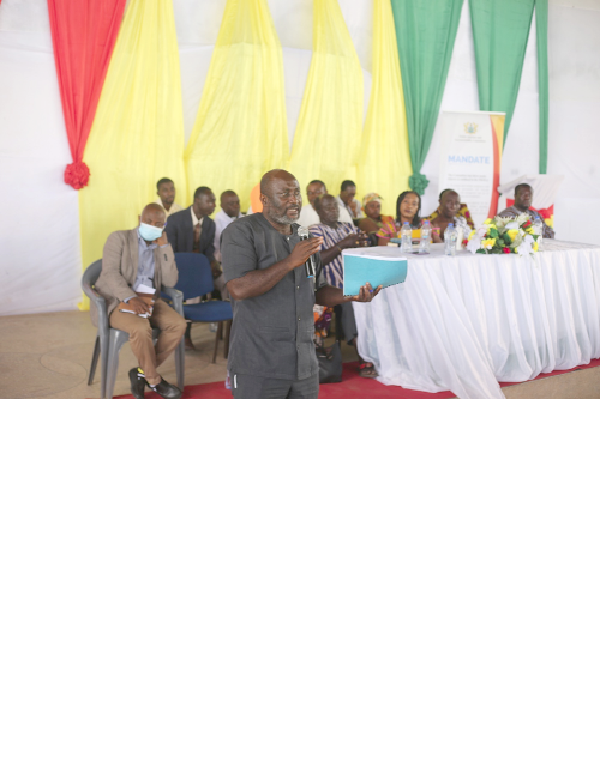 The Public Interest and Accountability Committee (PIAC) has urged managers of the District Assemblies Common Fund (DACF) to prudently manage revenues allocated to them from the Annual Budget Funding Amount (ABFA).

PIAC in a media release after a public forum for residents on the Nzema East Municipality in the Western Region, a member of the committee, Dr Emmanuel Tenkorang, said for the first time since Ghana started receiving petroleum revenue in 2011, the DACF received funds from the ABFA in 2021.

He said there were guidelines for the utilisation of revenues from the ABFA, and thus, the latest stream of expenditure to the DACF should be properly managed and accounted for to ensure that the transparency and accountability being demanded by PIAC was holistic.

The release said the forum, which was organised in line with PIAC’s second mandate of providing space and platform for public debate on the management of petroleum revenues, brought together participants from different sectors of the economy.

Dr Tenkorang said some projects that have received funds from the ABFA included the construction of CHPS Compound at Akango-Nzema East at a cost of GH¢194,614.70 and the Akonu Community Shed in the Evalue Gwira Ajomoro Constituency valued at GH¢86,772.88.

The release said the Municipal Chief Executive of the Nzema East Municipal Assembly, Dorcas Elizabeth Amoah, expressed her excitement over the opportunity to educate citizens on the use of petroleum revenues in her municipality.

She urged participants to take active part in the discussion and also bring out their pressing issues regarding how petroleum revenues were utilised for government’s attention.

Participants, the release said, also had the opportunity to ask questions and also give their suggestions on best ways to manage the country’s petroleum revenues.