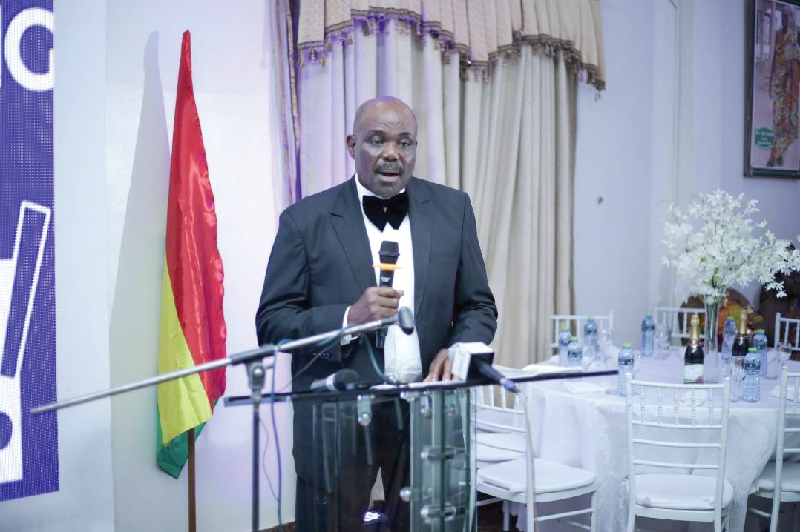 Ben Kwakye-Adeefe — Board Chairman of the bank
30.5k Shares

The new corporate identity is part of measures to position itself to be a leader and center of excellence in the rural banking sector.

The bank which has been in operation for 39 years, for the first time, changed its corporate logo to reflect and revitalise its operations to be efficient and deliver higher returns to its stakeholders.

The Chairman of the Board of Directors, Ben Kwakye-Adeefe, said the rebranding was being done in compliance with the new Companies Act 2019 (Act 992) where all financial institutions are to change from LTD to Public Limited Company (PLC).

According to him, although the bank is becoming a PLC, the need to change the name to cover all of the districts within the catchment area has become prudent because the bank has its presence in all of Amansie, hence, the name Amansie Rural Bank PLC.

In effect, he said the bank would introduce innovative products and services for all categories of customers to safeguard the financial resources of the bank.


“We are doing so to renew our corporate identity in terms of our products and services, performance, and relationship that exist between the bank and its stakeholders. We have been prudent in making sure that all that we are doing will not be a waste”, he stressed.

The Board Chairman said the board and management extended the unveiling of the new corporate identity of the bank to signal a greater turnaround in the fortunes of the bank’s operations in their quest to be the leader and centre of excellence in rural banking in the country.

The Managing Director for ARB Apex Bank, Alex Awuah, also urged the board of directors and management of the rebranded Amansie Rural Bank PLC to project a sound performance environment that would give confidence to both existing and potential customers to transact more.

“It is, our fervent hope that the change in the emblems of the bank as well as the brand positioning of being a “Reliable Financial Partner’, would not remain only on the books and other branding touchpoints, but would be your clarion call to providing value-added services to the esteemed customers of the bank,” he said.

Mr Awuah noted that Amansie Rural Bank PLC encompassed the entire Amansie economic zone, which in turn reflected the original intent of the name of every RCB, to reflect the community in which the bank operates.

He, however, noted that due to the proliferation of banking services and the emergence of Financial Technology (Fintech) solutions, customers were now spoilt for choice and, therefore, RCBs should take advantage and provide mobile services to attract more customers.

The CEO of the bank, Frederick Kwakye Kyei, was very optimistic that the rebranding of the bank would bring a calculated efficiency in its operations.

According to him the evolving of modern-day banking requires such innovation to be abreast of banking business trends to be relevant at all times.

He assured customers of the bank of a great positive change in service delivery which would bring symbiotic benefit to both the bank and customers.