A World on Its Knees: Lessons for Ghana and Africa Part 2 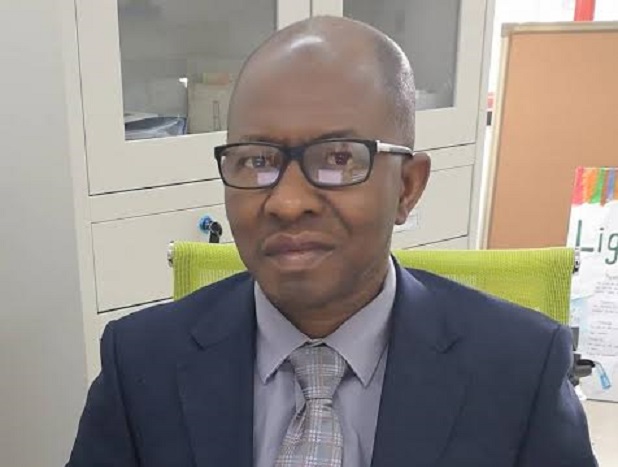 Over the past week, we have seen the rate of COVID-19 infections doubled, increasing exponentially to over 570,000 confirmed cases across 201 countries and territories around the globe. Many countries are struggling to bring the disease under control.

This pandemic has caused heightened fear and anxiety, led governments to adopt drastic measures including countrywide lockdowns, cancellation of flights, closure of institutions and borders, largescale suspension of social, economic and business activities. As I mentioned last week, the disease has exposed the weak healthcare systems in many countries and laid bare the fragility of health systems around the globe, in some cases the misplaced priorities and the disregard for the health and wellbeing of ordinary citizens. This week, in the second part of “A world on Its Knees,” Wisdom from the East, examines lessons from the ongoing global pandemic.

Since the past three hundred years, it has become apparent that human societies experience annual epidemics of influenza due to antigenic drift; and pandemics occur at 10 to 50 years intervals because of new viral re-assortments. In human history, there have been major pandemics caused by cholera, bubonic plague, smallpox, HIV/AIDS and influenza, which have registered high mortalities, ranging between 1 to 200 million. A study of annual epidemics and pandemics reveal disturbing lessons. I would highlight these unlearnt lessons and call upon leaders, particularly, in our beloved country and Africa, to prioritise the development of strong health and educational systems in their economic and industrial growth plans.

First, we are globally connected. All historic pandemics reveal the unmistakable but sadly unappreciated fact of human interconnectedness. Through global movements, deadly infections spread to ‘far and near’ countries with fatal consequences. For instance, the global influenza pandemic of 1918-20, described as the ‘greatest medical holocaust in history', infected 50% of the world's population, and caused the death of 40-50 million people. It broke out in August 1918 on a boat travelling from England to Freetown, Sierra Leone, and spread through Europe and America. From Freetown, it spread through Africa killing 1.5-2 million people in a few weeks. The ongoing COVID-19 pandemic illustrate our increased global interconnectedness. Data from the World Health Organisation and John Hopkins University show how just within two months, COVID-19 has spread to 201 countries and caused the death of over 26,000 people (see figure below).

Secondly, we can predict pandemics. According to Potter (2001), recorded medical history shows three common and repeated patterns of pandemics. First, they tend to occur in cold winter months when

crowding and higher humidity are common. Second, recent epidemics begin from Eastern or Southern Hemisphere countries, and spread to other continents, where seeding may occur prior to the epidemics. Finally, epidemics occur when a variant virus appears, which shows antigenic shift, or when a novel virus jumps from other mammalian species into humans.

1. Responsible leadership is required. According to Bloomberg Economics, neither the Great Recession, the Sept. 11 attacks nor the 1973 oil embargo could abruptly constrict trade flows as the Covid-19 disease. McKinsey predicts -8 to -13% economic shock, and a global GDP drop of -4.9% in 2020Q2 with an expected return to pre-crisis level in 2020Q4. In the space of 2 weeks, the US alone have recorded 3.3 million job losses!

We have learnt from numerous news broadcasts and social media outlets about stereotyping, blame games, xenophobic and unnecessary attacks on people of southeast Asian backgrounds in many countries, as they are wrongly associated with the spread of the disease.

2. Develop and strengthen global health systems. In 2015, the American billionaire and philanthropist, Bill Gates warned the world in his TED talk , about the possibility of a deadly viral epidemic instead of a war. He proposed the world needed to prepare, use technology and advances in biology, which could be deployed quickly with help from the military.

Mr. Gate talked about the urgent need to strengthen health systems in poor countries to be able to handle infectious diseases and offer people decent healthcare to prevent them becoming weaker links for disease spreads. The cost of strengthening the global health system was estimated at $3 trillion. The question is: did anyone take notice? Your answer is as good as mine, No! Why did the global bodies and national leaders not take notice of such sound scientific advice? In my humble opinion, nobody took Bill Gates prophetic warning serious because of the entrenched individualism, petty nationalistic and the self-interest western ideology that dominates the old global order, which constrains well-meaning multilateral organisations like the UN and its subsidiaries.

It has become clear that even high-income western countries, who in per capita terms, spends 10 times more on health care than Africa are struggling to control the pandemic . In the current nationalistic and geopolitically polarised world, African countries need to unite, think about how to focus resources in building health and educational infrastructures to equip us in tackling the recurrent epidemics and the inevitable global pandemics.

In many African countries, the lack of pre-emptive planning just like the US, UK and Sweden ; weak health infrastructure, and the obstinate reliance on religion instead of science, poses serious threat to the populace, if the trajectory of the pandemic continues.

It is hoped that all Ghanaians and our African compatriots would pull together behind our governments in fighting the COVID-19 pandemic. We must learn from mistakes made by leaders in our global preparedness and mitigation planning in dealing with disasters.

Please, take good care of yourself, family and your neighbours. We are in these dark moments together. Till I come your way next week. May God protect and bless Ghana and Africa!

A World on Its Knees: Lessons for Ghana and Africa Part 1