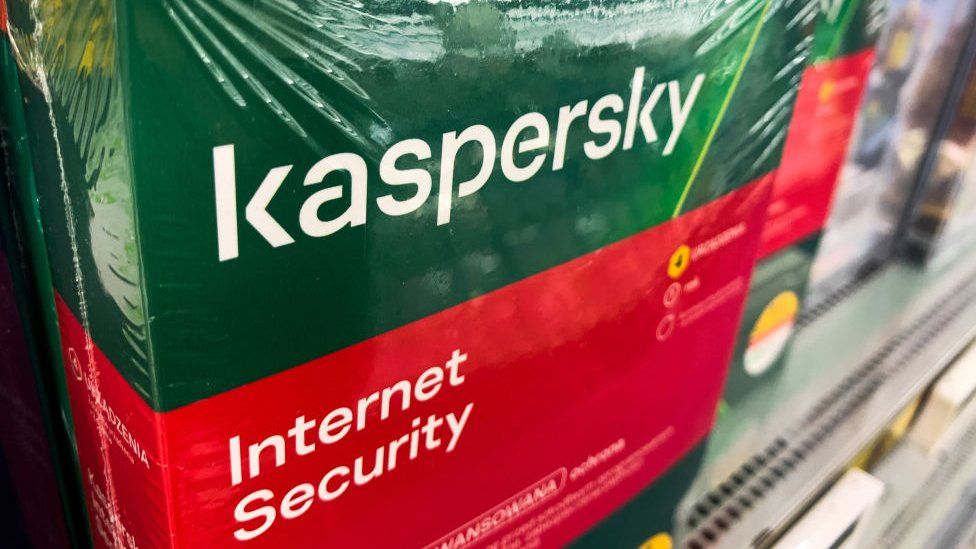 The Federal Office for Information Security (BSI) issued the statement in light of the conflict in Ukraine.

Russian information-technology businesses could be spied on or forced to launch cyber-attacks, it said.

Kaspersky told BBC News the warning had been "made on political grounds" and it had no ties to the Russian government.

The BSI made no allegation of current problems with Kaspersky's products but said the conflict in Ukraine and Russian threats against the European Union, Nato and Germany brought with them the risk of cyber-attacks.

"A Russian IT manufacturer can carry out offensive operations itself, be forced against its will to attack target systems, or be spied on as a victim of a cyber operation without its knowledge or as a tool for attacks against its own customers," the warning said.

The BSI recommends Kaspersky anti-virus products are replaced with alternatives - but carefully, to avoid weakening defences.

In 2017, President Donald Trump signed legislation banning Kaspersky software's use within the US government

"We very much regret the development."

Kaspersky said it would seek clarification from the BSI on its decision, which was "not based on a technical assessment of Kaspersky products", and how to address its concerns.

As a private global cyber-security company it "does not have any ties to the Russian or any other government".

Its data-processing infrastructure had been relocated to Switzerland in 2018

And "the security and integrity of our data services and engineering practices have been confirmed by independent third-party assessments".

"We believe that peaceful dialogue is the only possible instrument for resolving conflicts," it said.

"War isn't good for anyone."

"Better to have stayed silent than to have called an invasion a 'situation' that requires a 'compromise'," Rik Ferguson, of rival cyber-security company TrendMicro, tweeted.