We must not get carried away against Burkina Faso --- Cisse 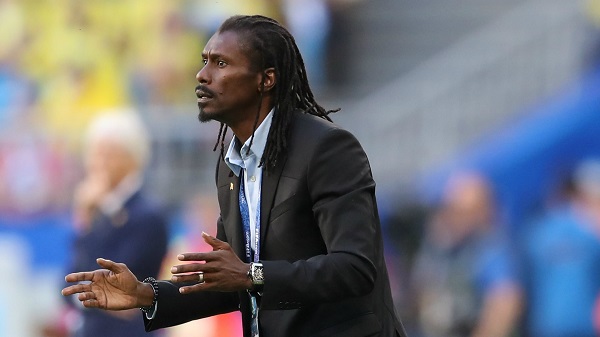 Senegal coach Aliou Cisse has predicted “a big battle” when they come up against Burkina Faso in the semi-finals of the Africa Cup of Nations tomorrow.

The Lions of Teranga reached the last four of the 33rd edition after a 3-1 victory against Equatorial Guinea at Ahmadou Ahidjo Stadium in Yaounde, Cameroon last Sunday.

Famara Diedhiou, Cheikhou Kouyate, and Ismaila Sarr scored for the Lions of Teranga while Jannick Buyla Sam pulled a goal back for the Nzalang Nacional but it was not enough to help them progress.

Cisse has praised his players for the hard-fought win against a good Equatorial Guinea side but warned his charges not to get carried away ahead of their semi-final showdown with the Stallions.

The Stallions reached the semis after beating Tunisia 1-0, the goal coming courtesy of Dango Aboubacar Ouattara on the stroke of half-time at Omnisports Roumde Stadium in Garoua on Saturday.

“We played a hard-fought game against a good Equatorial Guinean team, we had the mentality to score three goals, we must congratulate the opposing team who were technically capable of creating problems for us,” Cisse said after the game as quoted by CafOnline.

“We must remember a good victory tonight [Sunday], synonymous with qualifying for the semi-finals. We have had a very difficult start to our preparations, but we worked well afterwards and today we are gaining momentum.

“We must not get carried away because against Burkina Faso, it will be a big battle.”

Senegal’s Nampalys Mendy, who was named man of the match, said: “I am very proud to be part of the Senegal group for the 2021 Afcon. I am flattered to receive the man-of-the-match trophy.

“We followed the coach's instructions throughout the game.”

Meanwhile, Equatorial Guinea coach Juan Micha said his young team has demonstrated what they can offer at the biggest stage after reaching the last eight.

“We knew we were going to play against a very good Senegalese team. We gave our best during this match. I think the physical factor got the better of us,” said Micha.

“We congratulate the Senegalese selection for their performance today. We have a young team, who have come to play the AFCON to go as far as possible in the competition.”