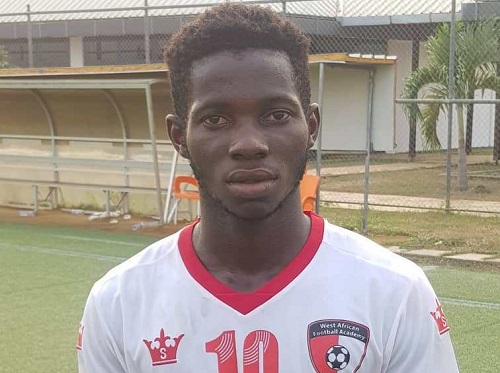 West Africa Football Academy’s (WAFA) playmaker, Augustine Boakye, has been voted Player of the Month of June for his impressive performance in the league.

The WAFA star has been impressive in the midfield of the Sogakope-based club and helping them finish third in the just-ended premier league.

Boakye’s performance during the month under review was so impressive which ensured he picked two MVP awards in the month of June.

Besides his performance, the 20-year-old was also on target for his side during their game against Dreams FC and Aduana Stars at the Sogakope park.