Victory would put fear in our opponents--Ambassador Hammond 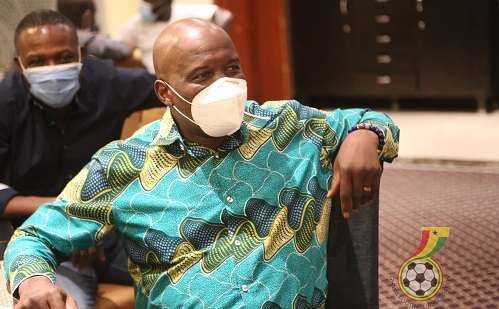 Ghana’s Ambassador to Egypt, H.E Nii Okai Hammond believes a win over the Sudanese in Tuesday’s Africa Cup of Nations (AFCON) qualifiers could send shivers down the spine of the other teams.

The Black Stars have beaten all the three teams in Group C, South Africa (2-0) Sao Tome and Principe (1-0) Sudan (2-0) and are scheduled to play the Sudanese team in a return leg at the Al Hilal Stadium in Omdurman later today.

“Even when we qualify tomorrow, which I know we will do, because winning tomorrow qualifies us and after that we will still put some fear in the other teams by making sure we are winning all through, and I know you are capable of doing it”, he said during a visit to the team.

He encouraged them not to be intimidated by the antics of the host to frustrate them which he said has always been part of football on the continent.

“I know tomorrow you will make it. All the antics we saw yesterday, trying to hold us to get us tired is all part of the strategy. I think you know how African football is, but we’ve gone beyond that stage.

“We are way beyond that and I don’t think anybody can stop us, the rate at which you are going. I know the performance tomorrow will be better than what happened in Cape Coast.

“I saw a little bit of your training; and I thought tomorrow we are going to make it.