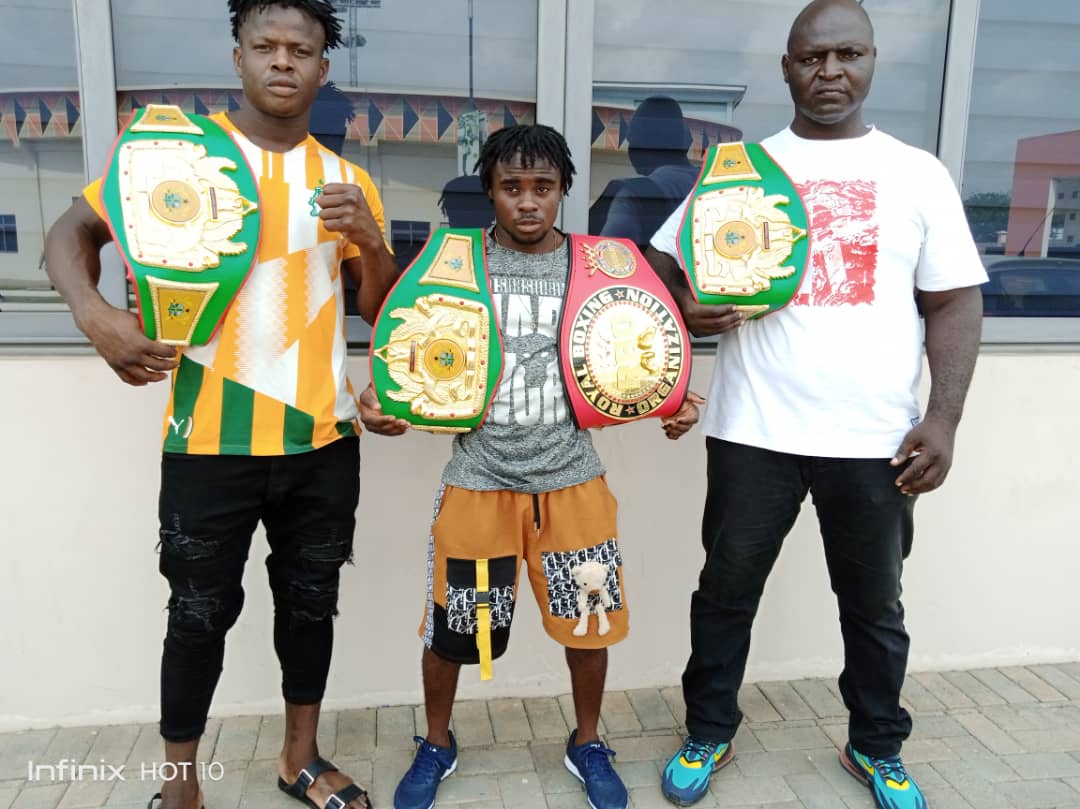 Three current national champions who hail from Zongo communities in the Greater Accra Region have vowed to take boxing by the scruff of the neck in 2022.

"I have a fight on February 14 , 2022, it is World Boxing Organization (WBO) Africa light flyweight title and I will win easily," he told the GraphicOnline in an exclusive interview today.

Barely a week ago , Akai Nettey stopped challenger Prince Boah at the Idrowhyt Centre at Dansoman in Greater Accra to take the national light flyweight title and become thenational champion.

Added to the national title is a Luxembourg-owned RBO title which the boxer currently possess.

He told the GraphicOnline he is poised to become the first Ghanaian world champion in the light flyweight division.

"Nothing is going to stop me from becoming a world champion and I urge all my supporters to continue praying for me," he said.

Abubakar on the other hand has thrown a challenge to veteran and former national middleweight champion, Obodai Sai.

He believes he can knockout the former WBO Africa middleweight champion and usurp his status as the nations' best ever middleweight fighter.

"I am ready for any of my compatriots at middleweight but I want to fight Obodai Sai because he is the most famous middleweight boxer in this country, I will beat him fair and square,"he told the Graphiconline.

He also believes his trainer Fatai Issifu alias Pakistan can transform him into a world champion.

"I believe in my coach, he is a great coach and can make me a world champion," he noted.

Heavyweight champion Haruna says he metamorphosed from wrestling to boxing to bring something meaningful into his life.

"I want new challenges and I fell in love with boxing from.day one," he told Graphiconline.

He stopped challenger Offei Dodoo in the sixth round to become a national champion.

" I want to become Ghana's first world champion in heavyweight in the shortest possible time," he said.

He thanked his trainer Lartekwei Lartey for transforming him into a world class heavyweight boxer and added that there is no turning back from this point in his career.

"It is forward ever for me, in life there is no backwardness but we must always look forward and I'm looking forward to that now," he said.

The trio ply their trade under the management of All For One Boxing and Bill Curve Boxing Promotions.

The CEO of All for One Promotions, Alhaji Mohammed Abdul Samed says his outfit will do all within it's power to make the trio world champions.

"This is the first time we have three muslims who are national champions in various weight classes, and from the Zongo, and we shall make them world champions to make muslims and the zongos proud," he stated.