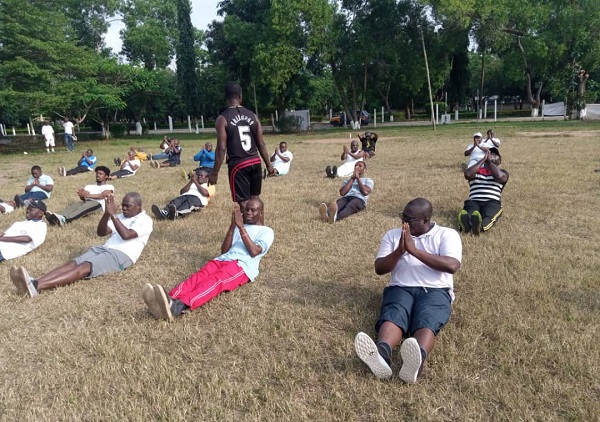 Some participants being conducted through the aerobic exercise
30.5k Shares

The Zone Six branch of the Accra Diocese of the Methodist Church of Ghana emerged tops with seven points at the annual Accra Diocesan Games held at the Methodist University Park at Dansoman in Accra last Saturday.

Out of the six zones which participated in the seven disciplines, Zone Four placed second with five points, while Zone Five placed third with four points.

The games started with aerobics. Participants were taken through some rigorous exercises by an instructor, with music in the background.

Zone Six won the tug-of-peace, football and sack-race to emerge the overall champions, while Zone Four won the helicopter landing and ludo competitions.

The Chairman of the Accra Diocese of the Methodist Men’s Fellowship, Mr Theophilus Adjei, told the Daily Graphic that the games were to foster unity and camaraderie among members of the church.

He said the activities were to motivate members to regularly exercise for their health and physical well-being.

“We will organise this on a bigger scale and involve other interested parties and persons to make it a national competition for the nation’s health and well-being,” he hinted.