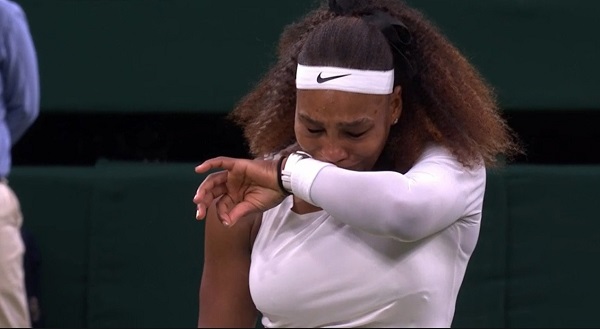 The 39-year-old was leading 3-1 in the first set of her first round match against Aliaksandra Sasnovich of Belarus when she slipped and had to have her left ankle examined.

She returned from receiving medical attention but called it quits at 3-3 and walked off Centre Court in tears.

It is the first time in 20 appearances that Williams has bowed out in the first round of Wimbledon.

"Brutal for @serenawilliams but centre court is extremely slippy out there. Not easy to move out there," tweeted British star, Andy Murray. 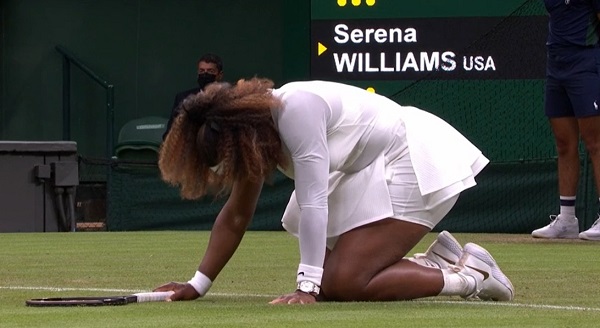 Williams, who also had strapping on her right thigh, hasn't won a Grand Slam since the 2017 Australian Open.

Earlier, Swiss legend Roger Federer and Australia's world No 1 Ashleigh Barty both progressed but only after overcoming scares.

They at least were able to play to their schedule due to the roof on Centre Court but those on the outside courts had to kick their heels for several hours due to rain.

As a result 27 singles matches had to be deferred to Wednesday and men's doubles matches will be the best of three sets in the first and second rounds as organisers try to get the schedule back on track.

Roger Federer progressed to the next round of the championship

Federer arrived on the back of a disappointing second round exit at Halle, a tournament he all but owns having won it 10 times but said he was pumped up for Wimbledon.

The 39-year-old eight-time singles champion looked to be more deflated than pumped up when he trailed Frenchman Adrian Mannarino by two sets to one.

However, already a break up in the fourth and looking more like the Federer of old the match turned when Mannarino tumbled towards the end of the fourth set.

His fall was at the same end of Centre Court which was also to claim Williams.

"He was the better player, he could have won, I got a bit lucky," said Federer.

"That's how it goes sometimes, you don't get many walkovers and try not to have it happen to yourself."