Analysis: What Thomas Partey will bring to Arsenal 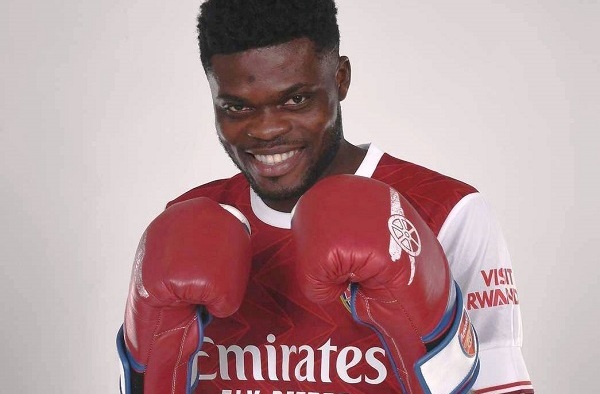 The Gunners' new man Thomas Partey began his footballing career in his native Ghana, coming through the youth ranks at Odometah FC before moving to Atletico Madrid in 2011. He took time to assert himself in the Spanish capital, featuring for Atletico's B side regularly before impressing on loan at Mallorca in the 2013/14 season and then again at Almeria during the following campaign.

Since then Partey has gone from strength to strength, establishing himself as one of Europe's premier midfielders. He went on to feature 188 times for Atletico in all competitions, drawing attention from many clubs after a number of exceptional seasons in Spain.

Partey is very accomplished when it comes to winning the ball back for his team. His blend of intelligence, physicality and ability to read the game make him a nuisance for any opposition player trying to get past him.

His defensive positioning is a clear strength, often cutting out passing lanes and halting opposition passes between the lines, something Arsenal are in need of. Throughout the 2019/20 campaign, he accumulated 28 interceptions for Atletico, only seven midfielders managed more in La Liga.

Partey is also very strong when it comes to tackling, ranking seventh in last season's Champions League for the number of successful tackles per game (3.6).

His 185cm frame allows him to consistently win defensive duels, whether that be in the air or on the ground. This, combined with his never-say-die attitude, serves him well when it comes to winning second balls in the middle of the park. His 384 recoveries won in last year's La Liga were bettered by just 10 players.

Ability with the ball

It is not just defensive attributes that Partey possesses. Despite his large frame, he is incredibly graceful when it comes to carrying the ball. The Ghanaian international frequently glides with the ball, progressing up the pitch with purpose which will help Arsenal in transition.

His 1.6 successful dribbles per game were bettered by just 28 La Liga players last season, a highly-impressive feat considering the majority of his appearances came playing as a holding midfielder. Furthermore, Partey consistently exhibits immense acumen in the build-up phase. He can receive the ball under pressure and distribute it over the top and between the lines to a very high standard.

The 27-year-old calls for the ball to feet often, always wanting to get on the ball and influence the play. He averaged 62 passes per game in Atletico's 2019/20 Champions League campaign, impressive given the defensive nature of Diego Simeone's side.

Partey doesn't just pass for the sake of it either, he always looks to progress the ball and attempts to find team-mates in dangerous positions. He completed an extraordinary 71 progressive passes and 65 passes into the final third in the Champions League last season, placing seventh and sixth respectively.

Partey is a manager's dream given his ability to perform as a holding midfielder or a box-to-box midfielder to an extremely high level, giving Mikel Arteta plenty of tactical flexibility.

The Ghanaian can slot in a pivot with Granit Xhaka or Dani Ceballos as a defensive midfielder with ease, often playing in a midfield two during his time at Atletico. He also has the ball-playing attributes and intelligence to play further up as a roaming destroyer or box- to-box midfielder in a midfield three.

The Ghanaian's versatility will provide Mikel Arteta many options in midfield

If the Arsenal boss does opt to play a back four, Partey is the perfect candidate to play on the right of a midfield three, given his experience as a make-shift right back. In the build-up phase, he can tuck in on the right to allow Hector Bellerin to venture further forward and be utilised as an outlet, similar to how Granit Xhaka has on the left.

Similarly, he can anchor the midfield as the lone No 6, receiving the ball on the edge of his own box and progressing the play into the midfield third with his passing or dribbling.

Only 15 La Liga players made more passes under pressure last season than Partey (298). His composure under the press means he will fit into Arteta's philosophy of playing from the back like a glove.

Against deep blocks, Partey will offer protection to the defence, perhaps allowing Ceballos to play in a more advanced role and receive the ball in the half-spaces. His physical nature and ability to keep the ball will also prove vital against the top teams, making Arsenal much harder to counter in transition as well as giving them more control in the middle of the park.

The Ghana vice-captain has proven before that he can mix it against the Premier League's best sides. Last season he was outstanding home and away against Liverpool in the Champions League, earning the man-of-the-match award in the home tie. Partey showcased his defensive attributes that night, winning 11 duels, making five tackles and recovering the ball 12 times.

His former team-mate, Kieran Trippier, definitely thinks Partey has what it takes to succeed in England. "He’s unbelievable, his physicality, how he breaks up play. Technically he’s got everything. He ranks as one of the best midfielders I’ve played with," he said. "He speaks perfect English. I don’t think he’d have a problem with the Premier League.”