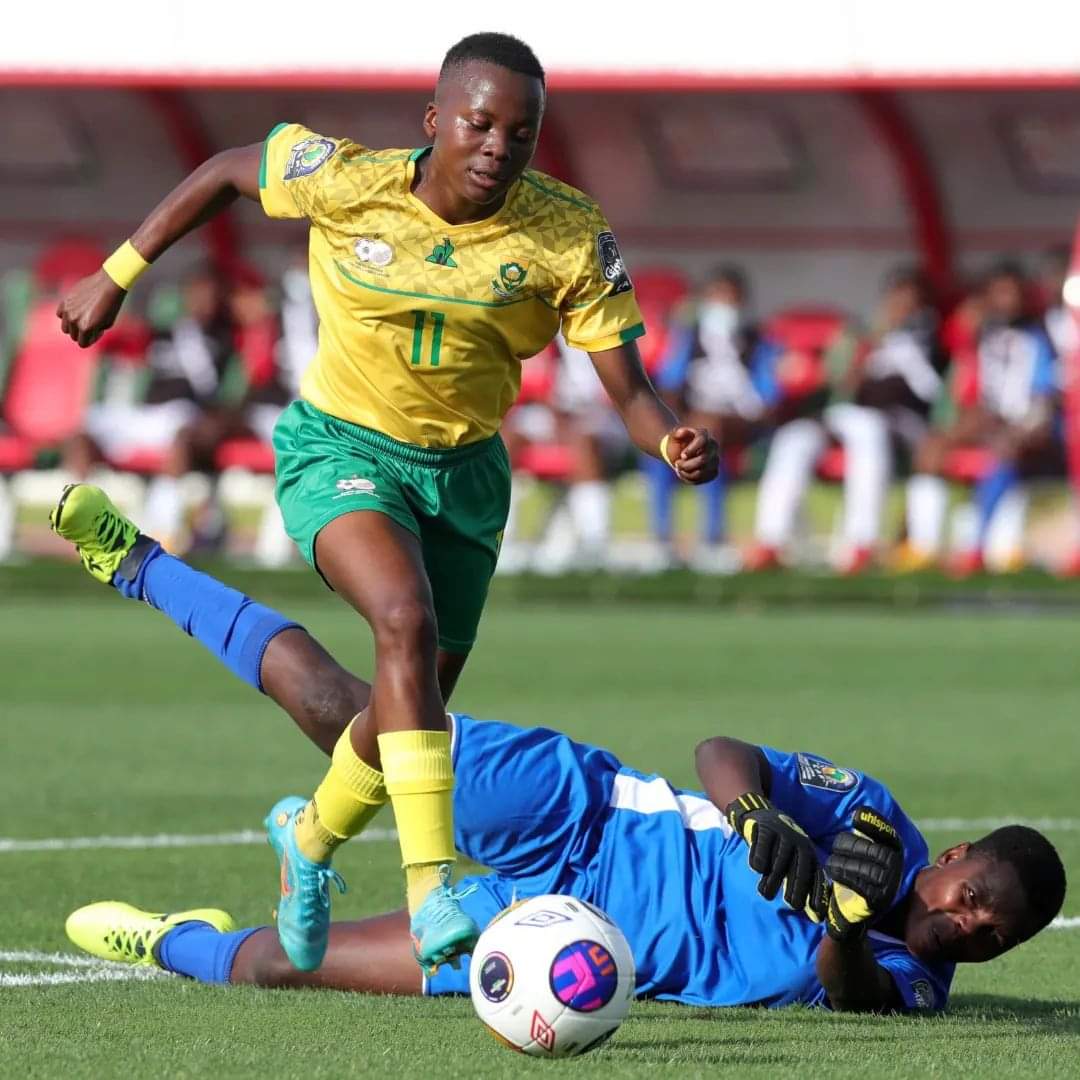 Thembi Kgatlana has been ruled out of competition and will sit out of the rest of the ongoing 2022 Women's Africa Cup of Nations
30.5k Shares

South Africa's star girl, Thembi Kgatlana has been ruled out of competition at the ongoing Women's Africa Cup of Nations (WAFCON) following an injury she sustained in their final Group C game against Botswana on Sunday.

According to the South Africa Football Association (SAFA), the Atletico Madrid forward's injury is a raptured Achilles tendon.

She is the second injury casualty after Nigeria's star striker and Barcelona's Asisat Oshoala who also got injured in their opening game against South Africa.

Value
Kgatlana's exit is a big blow to the South Africans who are hoping to build upon their exploits in 2018 to lift the WAFCON title for the first time.

So far, she has a goal in this competition, having scored the opener in her side's 3-1 win against Burundi in their second group game.

In 2018, she was crowned Player of the Tournament as well as the Topscorer with five goals which helped the South Africans to finish as runners up and qualify for their first Women's World Cup in 2019.