VIDEO: See the goals Wollacott conceded in 4-4 draw against Ipswich 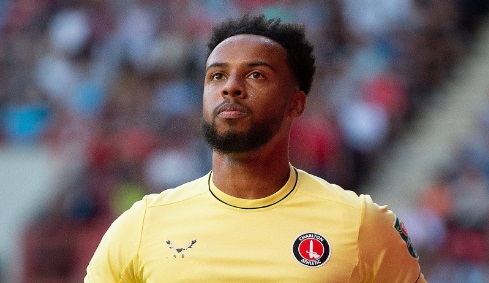 Ghana goalkeeper Jojo Wollacott retrieved the ball from his net four times as his Charlton Athletic side fought back from two goals behind to draw 4-4 with title-challengers Ipswich Town.

Despite a good opening half, Charlton found themselves two goals behind in the 52nd minute but after the sending-off of Ben Garner, who was not happy with the display of referee Josh Smith, they fought back valiantly with goals from Jes Rak-Sakyi and Albie Morgan.

Two stoppage-time goals from Ipswich appeared to have won them the game but Terell Thomas, on his full league debut, and George Dobson netted to earn Charlton a point.

The visitors had gone ahead in the second minute of first-half stoppage time when George Edmundson emphatically headed Leif Davis' corner past Charlton goalkeeper Jojo Wollacott.

According to Sofascore, Wollacott, 26, made only one save during the match. He also had a pass accuracy of 64.1% with 6 out of his 20 long balls reaching a teammate.


Tyreece John-Jules made it 2-0 after 52 minutes as he beat Wollacott to Wes Burns' cross.

Garner, incensed at the awarding of a free-kick in the lead up, was sent off by referee Josh Smith.

The hosts clawed themselves level as Jesurun Rak-Sakyi followed up after Christian Walton could only parry Corey Blackett-Taylor's strike, before Walton spilled Blackett-Taylor's low shot with Albie Morgan converting in the 76th minute.

There were six added minutes signalled and those in attendance witnessed a stunning conclusion.

Ipswich substitute Ladapo rifled home from the edge of the box before Morsy also finished from range.

Thomas then bundled in from five yards out before Dobson headed home a leveller in the ninth additional minute.