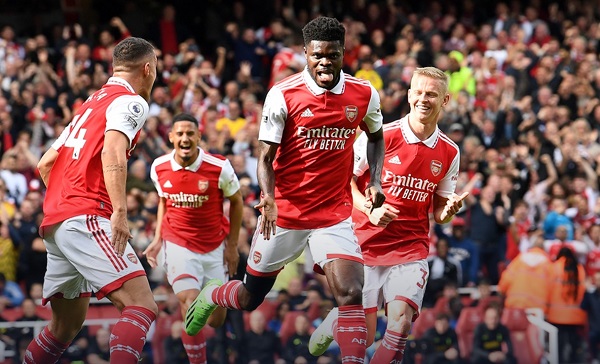 Thomas Partey's excellent long-range strike against Tottenham Hotspur has been selected as Arsenal's best goal of 2022 by fans.

The Ghanaian midfielder topped the poll organised by English Premier League side Arsenal with 51 per cent of the votes for his wonderful first-time finish against rivals Spurs.

The memorable strike put Arsenal in front on derby day, and set them up for a 3-1 win.