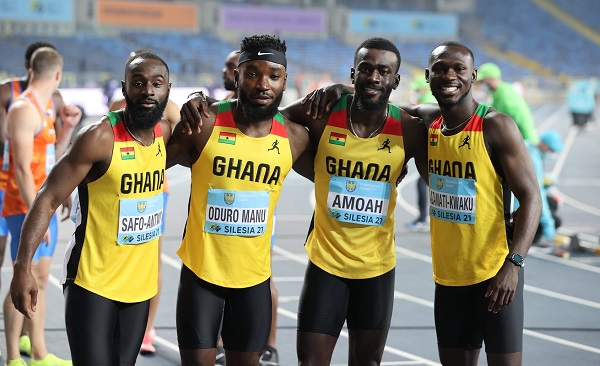 Ghana's top athletes are to converge on the Coppin State University in Baltimore beginning this week for their preparation for the summer Olympic Games in Tokyo.

According to the CEO of Ghana Athletics Association (GAA), Bawah Fuseini, an agreement has been reached for the Ghanaian team to pitch camp in the USA, where majority of the athletes are based, for a three-week pre-games dress rehearsal.

So far sprinters Joseph Paul Amoah and Benjamin Azamati have qualified to compete in the 100 metres and 200 metres sprints, as well as the men's 4x100 metres.

Nadia Eke is the only female track and field star to represent Ghana in Tokyo where she will compete in the triple jump event at the Jul 23 -- August 8 Games. 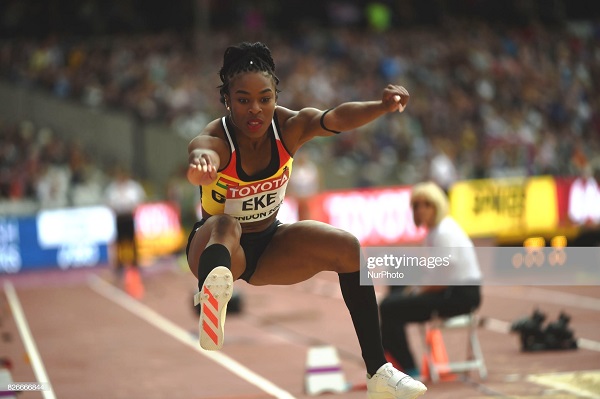 The GAA chief disclosed to the Graphic Sports that former Olympian, Dr Andrew Owusu, will supervise Nadia's training ahead of her maiden Olympic campaign.

Early this month, the Ghana Olympic Committee granted the athletics team an exemption for pre-games camping in Japan. While in the USA, the sprinters will be trained by Coppin University head coach, Carl Hicks, and also compete in a few meets before flying into Japan by July 16.

The choice of Coppin State University as camping centre was largely influenced by the presence of two members of Ghana's sprints quartet -- Amoah and Joseph Manu -- who together with Azamati and Sean Safo-Antwi qualified for the 4x100m at the Olympics during the World Relay Championship in Silesia, Poland.

Ghana was disqualified despite finishing third in the final in Silesia, as Manu was ruled to have received the baton from Azamati beyond the exchange zone.

This time, the GAA hopes that longer camping together under the guidance of Hicks and some pre-games competition will help improve the team's chances in the in Tokyo.

New sensation Azamati -- who was last week named the top male athlete of the Lone Star Conference -- will join the camp from his West Texas base, while Safo-Antwi is expected to fly into Baltimore from England to prepare for his second successive Olympic Games.

Azamati is currently Ghana's top track star after an impressive season with West Texas A&M University, setting a new national 100 metres record of 9.97 seconds and also running the next four fastest 100m times in NCAA Division II history during the season, including a 10.02 to win the outdoor title.

The camping arrangement has excited some of the athletes, notably Amoah who recently tweeted, "We might finally get the chance to practise this relay for more than two days."

Meanwhile, Mr Fuseini said he hoped that US-based sprinter Josephine Anokye and long jumper Deborah Acquah would make the qualifying marks for the Tokyo Games in the coming weeks.

Texas A&M University star Deborah has been in fine form in the NCAA Division I this season but has come short of the qualifying mark to make it through rankings.

Similarly, he said he hoped that Arizona State University's Josephine who had run some impressive times in the 200 metres would train with her male counterparts as she sought to lower her time in the longer sprints to make it to Tokyo with just three slots up for grabs.