Togbe Afede hints at changes in Hearts of Oak leadership 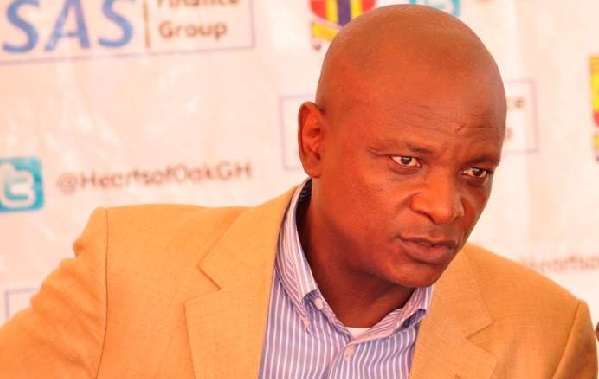 The Executive Chairman of Accra Hearts of Oak, Togbe Afede XIV, has hinted that there will be changes to the club’s board after their Annual General Meeting (AGM) on November 30.

Togbe Afede XIV explained that it was time for fresh ideas within the board and he would not hesitate to effect changes when the time comes.

Hearts are expected to hold its AGM in Accra next month with all stakeholders expected to participate in the function.

There have been calls from the supporters for Togbe Afede XIV to make changes to his 11-year-old board members following a series of poor results from the team.
Commenting on the happenings in Hearts after their 1-3 aggregate loss to Real Bamako in the CAF Confederation Cup, the club’s board chairman and bankroller explained that he was ready to bring on new members to help his administration.

“I think it is appropriate for anybody to say that we make some changes to the current board but we are looking at doing that after the AGM next month.

“It is something I am looking at because we have a board that has been in existence for the last 11 years and there must be some changes,” he noted.


“We must first of all deal with the AGM and then we know the way forward. I promise it is something I really want to look at.”

With the exit from continental football, Hearts will turn their attention to the betPawa Premier League -- currently on suspension due to an injunction placed on it by AshantiGold Sc -- and the MTN FA Cup where the Phobians are the defending champions.