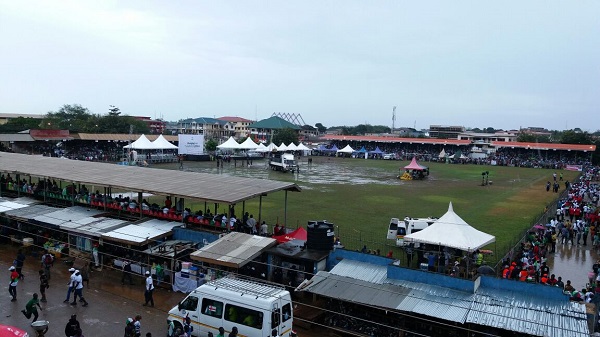 Three Division One League clubs have petitioned the Ghana Football Association (GFA) to reverse its decision to ban them from hosting matches in the 2020/2021 season at the Sunyani Coronation Park.

The clubs: Bofoakwa Tano F/C, Brong Ahafo United and Young Apostles F/C in the jointly-signed petition said they respect all the concerns raised by the GFA's club licensing board and are willing to address same.

However, they maintain that their current financial status and the effects of the COVID-19 pandemic makes it difficult to address the concerns of the club licensing board which include the distance of the dressing room to the playing area.

"We wish to state that the location of the dressing room is not very far from the playing area as the report seems to suggest since it is within the premises of the coronation park. (less than one-minute walk from the playing area). We hence find it quite difficult to accept the assertion that the situation is "not conducive for association football".

"The dressing room has also been in good condition since it was provided to host some CAF confederations cup matches by Berekum Arsenal as well as a couple of CAF sanctioned matches for some Junior national teams".

The petition added that the clubs are currently in negotiations with the National Sports Authority (NSA) to make some renovations to the stadium but this has been hampered by a lack of funds.

"After consultation with the National Sports Authority, we were made to understand that we cannot build any edifice in the stadium with our own specifics except given the approval from the authority. The process is underway and as at now we cannot make available a new dressing room as recommended by the protocols and the financial constraints faced by the clubs due to the COVID -19 pandemic. We were ready to provide an extended tunnel to the dressing room as recommended but have not yet been given the approval by the Sports Authority.

"We wish to state that, we respect all the concerns raised by the club licensing board and are ever ready to cooperate to ensure that all concerns raised are duly met. However, the current financial state of the clubs coupled with the effects of the COVID-19 pandemic makes it extremely difficult to achieve

"In view of the above stated reasons, we petition the G.F.A to permit us use the Sunyani Coronation park as our home venue for the 2020/21 Division one league season while we work together to ensure safety of our teams, officials and supporters in the spirit of the game".