Thomas Partey switches to No 5 at Arsenal 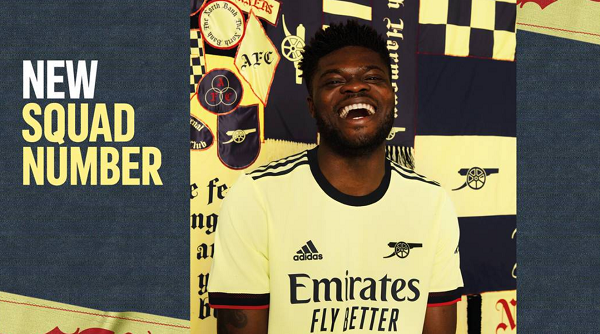 Ghana midfielder Thomas Partey will wear the number five (No 5) shirt for the forthcoming season at Arsenal, changing from the number 18 (No 18) he wore following his arrival from Atletico Madrid last October.

Partey also dons the No 5 for Ghana's national team and wore the number five shirt at Atletico.

Speaking about the change, Partey said: “I like the No 5 because it's one of the most important numbers in the team and it is also a lucky number for me. It's the number I've worn for the past few years, so for me it's one of the best numbers."

The shirt number was also previously worn by Gabriel Paulista and Thomas Vermaelen.

Prior to that, two defenders who won the English Premier League and FA Cup with Arsenal - Martin Keown and Kolo Toure wore the jersey number.

Partey, 28, made 33 appearances for Arsenal across all competitions in an injury disrupted debut season, registering three assists.