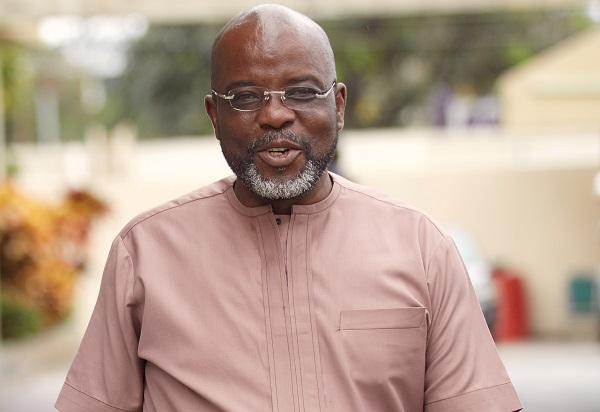 The management of Tema Youth has petitioned the Ghana Football Association (GFA) to annul the declaration of Accra Lions FC as the winner of Zone 3 of the Division One League for the 2020/2021 season and all subsequent coronation and qualifications.

Accra Lions were crowned champions of Zone Three on the strength of their superior goals and head-to-head advantage over Tema Youth, despite both teams finishing the season with 65 points each.

The Tema Youth petition addressed to the GFA, contends that had the GFA Appeals Committee misapplied Article 13 of the Division One League Regulations which governs the withdrawal of clubs from competitions/matches.

Tema Youth contends that variations in award decisions delivered by the Appeals Committee regarding Amidaus Professionals FC on May 7, 2021, and Phar Rangers FC on July 21, 2021 cost it two points.

"These two award decisions invoked article 13 of the GFA Division One League Regulations for which the two clubs were charged for misconduct having breached this aspect of the DOL Regulations," the petition said.

"The ripple effect of the variations in the two award decisions of the Appeals Committee with regard to the application of Article 13 (1-5) of the GFA Division One League Regulations has affected Tema Youth Sporting Club with 2 (two) points lost in the process".

Graphic Online understands that the petition was delivered to the GFA this week and the management of the club is ready to adjudicate the case at the Court of Arbitration for Sport based in Lausanne, Switzerland if the response from the GFA is not favourable or ignored.

The club bankrolled by Wilfred Kwaku Osei (Palmer) also wants the GFA to synchronize the two award decisions of May 7, 2021, and July 21, 2021, in Amidaus Professional case and Phar Rangers FC respectively.

It wants the GFA to use the May 7 Amidaus ruling as a precedent in the Phar Rangers case or strict application of article 13 (1-6) of the 2019 Division One League Regulations in both cases.

If the petition is successful, and the GFA rectifies all records of matches played and match statistics to reflect the true position of each club in zone 3, Tema Youth would be declared winners of the zone and qualify for the Ghana Premier League.

Tema Youth's petition is built on what it sees as the misapplication of the rules in favour of Accra Lions by applying the same Article 13, which deals with the withdrawal of clubs from the DOL, differently in the cases of Amidaus Professionals and Phar Rangers respectively.

They argue that while the same committee ruled that all clubs who had already played Amidaus Professionals should forfeit their points following the club’s withdrawal from the league, it directed that clubs that were yet to play Phar Rangers should be credited with three points and three goals.

"We gracefully entreat you to consider our petition in outmost good faith to declare Tema Youth Sporting Club as the winner of zone 3 and all related records rectified to reflect same. The two cases of withdrawal must be synchronized to ensure balance, equity and fairness to protect sporting integrity in our GFA competitions".