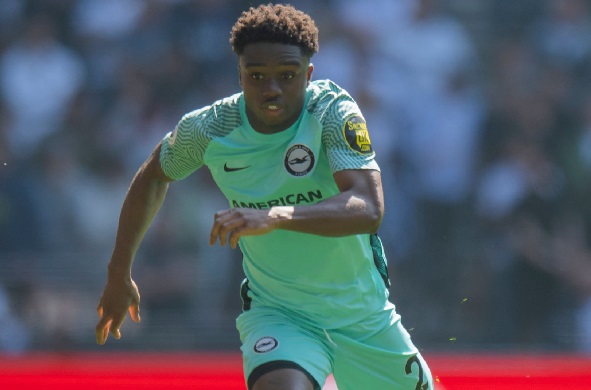 Brighton and Hove Albion defender, Tariq Lamptey has asked to be left out of the England U-21 squad after being approached by Ghana to switch allegiances.

The 21-year-old was due to be in the Young Lions’ selection for their upcoming four Euro qualifiers against Czech Republic, Albania, Kosovo and Slovenia.

However, Lamptey told England U-21 coach, Lee Carsley to allow him space to think through the decision to play for the Black Stars.

"There’s an issue over his dual nationality. He’s had an approach. It’s something he’s considering at the minute," Carsley told The Sun.

"He’s asked to be left out of the squad for a bit of head space. He’s not switched, it’s not cemented or anything like that. But he’s had an approach (from Ghana), we have to respect that.

Carsley reveals he has had a number of “good conversations” with the right-back over the situation and believes it was only fair to allow him time to decide.

Carsley added: "I’ve definitely got to give him a bit of space now. We’ve got a squad of players there that are desperate to play for England.

"I wouldn’t want to leave one out to bring one in that’s unsure, I don’t think that’s fair.

But the opposite to that is Tariq is a big player for us and we see a real future for him within the pathway, so I’ll definitely be going back to him."