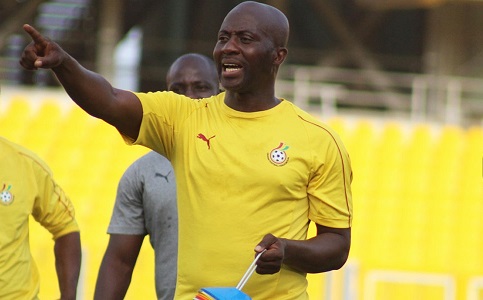 Black Meteors coach, Tanko Ibrahim, is positive about Ghana’s chances of qualifying for the 2023 Africa Cup of Nations as the Under-23 take on Mozambique in their qualifiers on October 20-23.

According to him the agony of not making it to the Tokyo Olympic Games has presented them with another opportunity which they must do everything possible to ensure they qualify.

Speaking to the Ghanafa.org, the 45-year-old attributed their failure to make it to the last Olympic Games to the problems Ghana football encountered as a result of the expose’ in football by Anas Aremeyaw Anas but believe with the current environment they could pass the test.

“We didn’t get the chance to play at the Olympics in Tokyo but we have another chance and so we are doing everything possible so that we qualify for the Africa Under-23 Championship and then the Olympic Games”, he said.

The coach said they have been in camp in the last two weeks and with the Ghana Premier League on hold, they have a full house and they are working hard to qualify.

“We have almost three weeks and we have been in camp for the past two weeks and with the league on hold, we have all the players for training and are doing everything possible to qualify”, he noted


According to him between now and when they meet Mozambique in late October, he hopes to present a formidable team and believes when the other players join

“We are playing Mozambique from October 21-23 away and we hope by then we have a solid team to present. We know it is not going to be easy but definitely we hope that we are going to qualify because we are working hard.

There is no injury but we are waiting for Danlad Ibrahim and other players to join and so far everyone is training hard”, he stated.