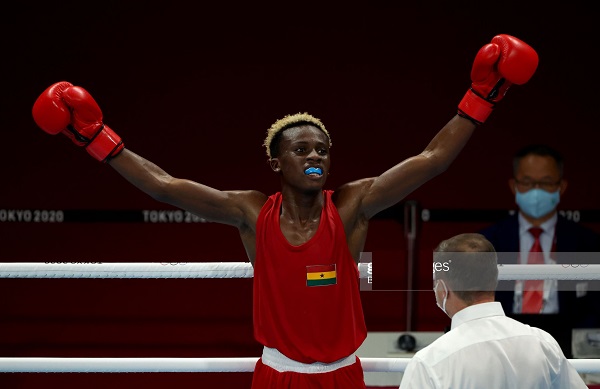 Ike ‘Bazooka’ Quartey, lead trainer of super featherweight boxer, Samuel Takyi, says his boxer will not pay a dime to the Ghana Boxing Authority (GBA) as a percentage of his purse despite signing an undertaking to that effect prior to his second professional bout in South Africa.

The former WBA welterweight champion, who was at Takyi’s corner when he stopped South Africa’s Mandlenkosi Sibuso via a second round TKO in their junior lightweight contest at the Emperor’s Palace in Johannesburg a fortnight ago, said it was illegal to make such payment.

“The GBA should show me where in the Constitution of Ghana or their constitution do we have such a law asking boxers to part with such money when they fight on the international stage. Takyi won’t pay anything to the GBA,” Ike Quartey emphasised in an exclusive interview with the Graphic Sports last Thursday.

He revealed that when Takyi, 21, signed the undertaking, he only did that to pave the way for him to get a release letter to fight on the international stage.
Quartey said he believed that such a move by the GBA was counter-productive and won’t help in the development of the sport in Ghana.

“You have to pay taxes in the country you fought and pay another to the GBA. What kind of business is that and what has the GBA done for Takyi?” he asked, wondering whether Takyi was the one to develop boxing in Ghana.

It will be recalled that the GBA and Ike Quartey were locked up in a dispute over a percentage share of Takyi’s purse ahead of his recent bout in South Africa.
While the GBA demanded that Takyi should sign an undertaking to pay out two per cent of his purse before being issued with a release letter for the trip to South Africa,

Ike Quartey said he was against that decision. Eventually, Takyi signed the undertaking to earn him the right to fight in South Africa.
Nonetheless, Quartey, who doubles as Takyi’s manager, insists that his ward will not part with a pesewa from his purse.

“Takyi will get his purse from his American promoters between June 17 and 20, 2022 but he won’t give anything to the GBA,” he stated.
He disclosed that Takyi would fight again on September 3, 2022 in South Africa or another country.