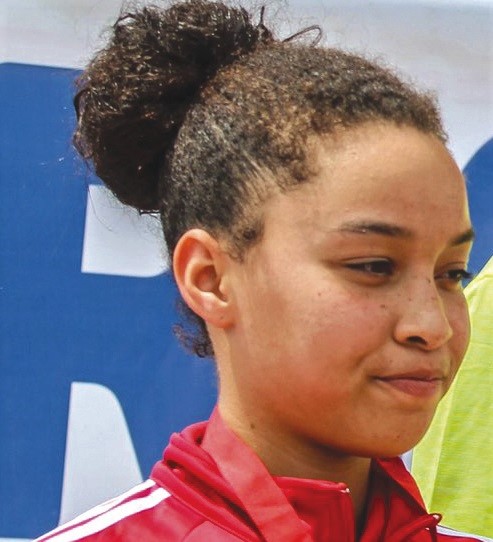 The March 5-8 competition served as qualifiers for the 2020 Tokyo Olympic Games.

Zaira recorded a time of 1:43.04 hours in the women’s 5km Open Water event, finishing in second position behind Senegal’s Diagne Sophia Catherine who swam in a record time of 1:39.07 hours to win the gold medal.

It was an improved performance by 15-year-old Zaira, who sliced 10 minutes off her previous mark that won her gold over the same distance at the 2018 Africa Zone Two Swimming and Open Water Championships in Dakar, Senegal.

After her impressive performance, she said the championship had exposed her weakness, which she would work on , as well as build on her strengths to become a superstar and a future Olympic swimmer.

"I appreciate this championship because it has exposed me to know where I fell short. I am going to train intensively to improve on my time where the world will see me as a super star because I have a lot to offer."

"I will not be complacent after this championship because the championship was a learning room to test my capabilities. I am still young and the best thing to push Ghana swimming is through training,” Zaira told the media.

Nonethelesss, the Ghana Swimming Association President, Mr Theophilus Wilson Edzie, is looking forward to next month’s National Swimming Championship in Durban, South Africa, where some of the Ghanaian swimmers will attempt to make the qualification time for the Olympics.