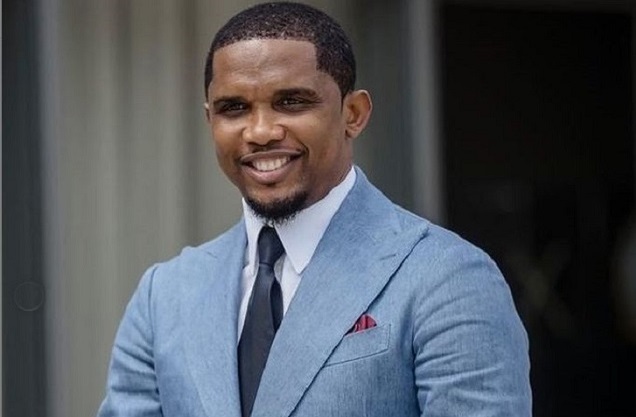 Former international Samuel Eto'o will run Cameroonian football for the next four years after being elected head of the country's FA on Saturday.

Seven candidates should have contested the elections, but five of them pulled out on the morning of the elections.

Eto'o, 40, has promised a wide range of reforms to thrive the sport.

"We have to bring footballers to the centre of our policies," he said afterwards. "It is our role to ensure that those who play this discipline make a decent living out of it."

The former Barcelona, Inter Milan and Chelsea star has also promised to construct at least 10 stadiums during his mandate.

"I've spoken to the business community and we're certain we'll get the right investors who can accompany us in fulfilling our goals," Eto'o had said prior to the polls.

Eto'o's candidacy had triggered popular attention with the proceedings of the gathering broadcast live on national Cameroon television.

He will now be head of Cameroon's FA (Fecafoot) when the country hosts the Africa Cup of Nations in January and February.

Among those giving up their candidacy on Saturday morning were former Cameroon internationals Maboang Kesack and Jules Denis Onana.

He signed a permanent deal with Mallorca in 2000, scoring 54 goals in 133 outings to establish himself as the team's all-time leading scorer.

A move to Barcelona followed in 2004 where the former Cameroon captain won three La Liga titles, helping the Catalans to two European Champions League triumphs in 2006 and 2009, scoring in both finals.

In 2006, Eto'o became the first and only African to win the Spanish Golden Boot after netting 26 times in 34 matches.

The forward scored 108 goals in 144 games for the Nou Camp side before joining Inter Milan in 2009, where he won his third Champions League crown as well as a Serie A title and the Fifa Club World Cup in 2010.

Internationally, Eto'o helped the Indomitable Lions win two successive Africa Cup of Nations in 2000 and 2002 and went on to become the tournament's record scorer with 18 goals.

In 2000, he guided Cameroon to an Olympic gold medal, scoring in the final.