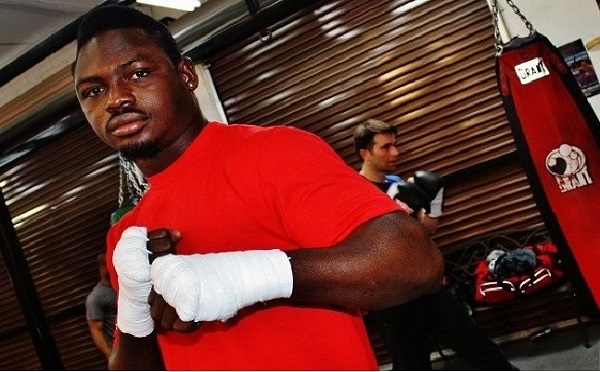 Cruiserweight contender, Bastie ‘The Beast’ Samir, believes he still has what it takes to become a world champion despite being inconsistent in the ring.

Samir (19-0-1, 18 KOs) said he had moved on from the mistakes of the past which affected his progress.

The Olympian has been out of the ring for over a year since he destroyed Felix Mankatah in two rounds in March 2021.

In an interview with the Graphic Sports, Samir revealed that he was working hard to be active in the ring to enable him to get into the world ratings.

“I have been inconsistent in the ring and that is my worry but I am looking at fighting my way back to winning a world title.

“There were so many mistakes in the past which affected my career but I have moved on and want to make things right,” he said.

Samir became a household name in the country after ending the dominance of popular fighter, Brimah Kamoko, alias Bukom Banku, in 2017.

He stopped Bukom Banku in seven rounds in a shocking win after many had predicted a comfortable victory for his opponent.

Samir has since that big win managed just three fights, with all victories coming by way of knockouts.