Messi under pressure to deliver World Cup for Argentina 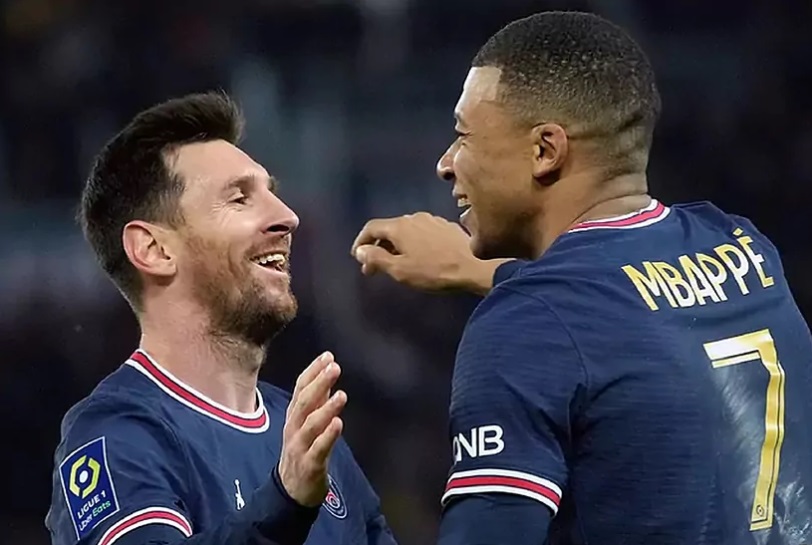 The world’s greatest player, Leonel Messi, carries the burden of expectation as he leads Argentina to Sunday’s World Cup final against France at the iconic Lusail Stadium in Doha, with both sides searching for their third World Cup title and some individual landmarks.

The Argentina captain will make history as the player with most appearances (26 matches) in five tournaments since 2006.

If he scores during regulation time he could become the tournament’s top scorer and also win the Golden Shoe award, provided France forward, Kylian Mbappe, suffers a goal drought in the third successive match.

But these are insignificant personal records for a player in whose name stands so many landmark achievements but without the biggest prize in world football.

Both teams have progressed remarkably and fought off strong challenges to reach the final of the 2022FIFA World Cup and deserve to be crowned world champions in Qatar’s largest stadium.

However, it appears the South Americans want it badly, especially their iconic captain and inspirer.

From suffering an ignition failure with a 0-1 loss to Saudi Arabia, a defeat which shook Messi and his team mates to set up gear, the Argentines have brushed aside all opposition, including being stretched to their limits before dismissing Netherlands via a shoot out in the quarter-finals.

So, too, has Coach Didier Deschamps’ team progressed without defeat despite coming into the tournament without three influential players –Karim Benzema, Paul Pogba and N’Golo Kante - due to injuries.

And after seeing off a resilient Morocco side in style in the semi-finals, the defending champions sent a strong signal that they were poised to become only the third country to winback-to-back World Cup titles after Italy and Brazil.

Since Diego Maradona led Argentina to win the World Cup in 1986, the South American shave been searching for an elusive third title and may feel this is the most appropriate time to achieve that feat, especially with Messi in inspiring form in this tournament, a key factor for them.

For all his achievements as the greatest player of his generation, 35-year-old Messi is desperately searching for the one major trophy to have eluded him to complete his outstanding career and leave the stage when the applause is loudest.

However, there is a feeling that if he fails to lead the ‘Albiceleste’ to World Cup success in Qatar, the midfielder’s legacy will fall below that of football immortals, Pele and Maradona.

The pressure to deliver the trophy at all cost, especially after losing the 2014 World Cup final to Germany, is the biggest motivation for the Argentina captain.

But even for big stars such as Messi, sometimes when one desires something badly in a big game, there is a likelihood of choking under the weight of expectation.

Mbappe threat Beyond the race for the top scorer’s prize, France will also look to their quick silver striker Mbappe to lead the goal rush and deny his Paris-Saint Germain teammate of the ultimate football glory on Sunday.

Four years ago in Russia, Mbappe was a World Cup winner with France, defeating Messi-led Argentina 4-3 en route to the final.

His performance Sunday will be very influential in the world champions’ quest to retain the title, even though France have found other scoring options in veteran Olivier Giroud and Theo Hernandez, who will be out to ambush Messi and deny his dream.

Coach Deschamps’ side will have to defend solidly and leave very little gaps as they did against Morocco last Wednesday lest they could get punished by the South Americans whose forward Julian Alvarez looks a clear and present danger to the French defence marshalled by captain and goalkeeper Hugo Lloris and centre-back Raphael Varane.

Coach Deschamps will again deploy his speed master Mbappe to strike from the flanks with the skillful Ousmane Dembele operating from the wide to run down the Argentine full-backs and cut in deep, while Antoine Griezmann is handed a liberated role just behind the lead strikers to deliver the key passes.

However, key to reducing Messi’s effect would be young Aurélien Tchouaméni, one of the revelations of the French side, with the Real Madrid midfielder of Camerounian descent playing like a hybrid of Pogba and Kante by covering a lot distance and providing his side with passing accuracy.

There is so much at stake for two sides on top of their game and hungry for World Cup success, but it will take strong team effort and a moment of magic to make the difference at the Lusail Stadium in a clash built around two club teammates competing against each other for personal and team glory.