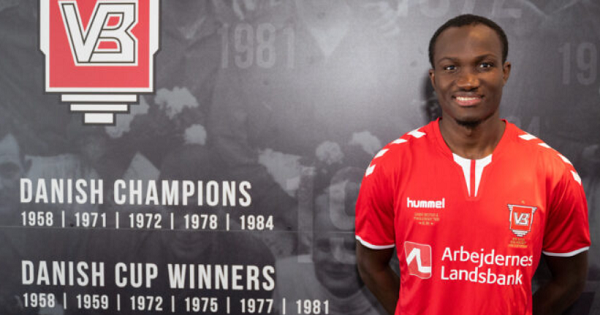 The 24-year-old joins Boldklub after an injury-ravaged stint, having made 15 appearances for Levante and scoring one goal.

He spent last season on loan at Real Zaragoza, where he played 9 games and scored two goals.

In a statement, Levante expressed gratitude to the Ghana star for his professionalism, wishing him the best of success both professionally and personally.

Dwamena said: "I have been shown a project that has already proved strong in just a few years. That project and the club's big mission to ensure survival in the 3F Super League I will and can contribute to. I come to the club in good physical condition and look forward to getting to know my new teammates. I want to show the club's fans that I come with the clear ambition to make a difference and make an impression. At the same time, during my first visit, I experienced a beautiful city, where the surroundings must be some of the most beautiful in this country. I look forward to giving my best and all for the club".

Dwamena will don the number eight jersey at Vejle Boldklub and join the squad tomorrow for training.

It will be recalled that Dwamena underwent successful heart surgery while on loan at Zaragoza in January 2020. He returned to training in May after over four months on the sidelines and returned to his parent club Levante at the end of the season.

He had two years left on his Levante contract.