Kenpong pays courtesy call on Ambassador ahead of World Cup 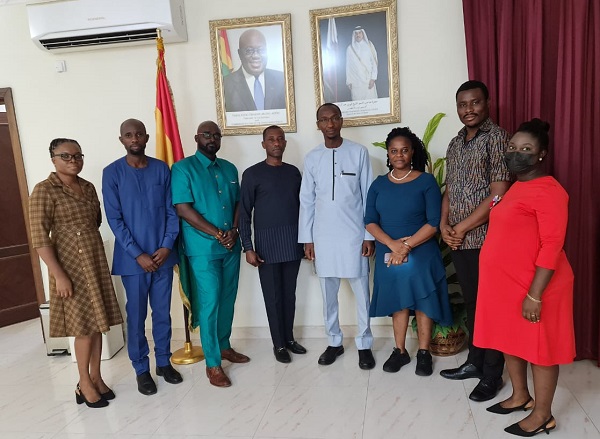 The Chief Executive Officer of Kenpong Travel and Tours, Kennedy Agyepong (Kenpong) and his team are currently in Qatar on a second reconnaissance mission to ensure that Ghanaian football fans will have nothing to worry about before, during and after the 2022 FIFA World Cup.

Kenpong together with his team paid a courtesy call on Ghana's Ambassador to Qatar, Mohammed Nurudeen Ismaila, yesterday to deliberate about the tournament.

The CEO of the FIFA World Cup 2022 travel agent for Ghanaian fans also met with the country's football authority to hold talks on the forthcoming tournament.

"We as the official travel agent for Ghana fans are ready to fly prospective fans for the Qatar World Cup," he told GraphicOnline in a telephone interview.

"It is the reason we are here and I must admit, it is going to be value for money.

"Traveling fans will have nothing to worry about, we are now set to fly, fans travelling on Kenpong's ticket should expect nothing but a real treat."

Ambassador Ismaila commended Mr Agyepong for his high sense of professionalism regarding the travel arrangements.