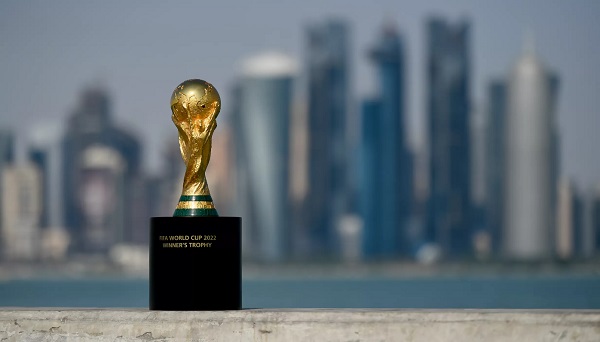 With less than a week to the start of the tournament, the United Kingdom government has published foreign travel advice pertaining to the World Cup.

The advice urges its nationals to respect all local traditions, customs, laws and religions at all times in the Islamic country.

See a list of some dos and donts if you are travelling to Qatar;

There is zero tolerance for drug-related offences in Qatar. The penalties for the use of, trafficking, smuggling and possession of drugs (even residual amounts) are severe. Punishment can include lengthy custodial sentences, heavy fines and deportation.


Many people transit via Hamad International Airport on their way to other destinations. The airport makes use of the latest security technology, all bags are scanned and transiting passengers carrying even residual amounts of drugs may be arrested.

Some prescribed and over-the-counter medicines may be controlled substances in Qatar. If you need to bring in controlled/prescription medication into Qatar, ensure you carry your official doctor’s prescription, hospital note or a letter from your GP, detailing the drug, the quantity prescribed and dosage. This note or letter should also be signed by the doctor/consultant and stamped by the hospital or surgery.

It is an offence to drink alcohol or be drunk in public. British nationals have been detained under this law, usually when they have come to the attention of the police on a related matter, such as disorderly or offensive behaviour. For example, drinking in a public place could result in a prison sentence of up to 6 months and/or a fine up to QAR3,000. Alcohol is available only at licensed hotel restaurants and bars, and expatriates living in Qatar can obtain alcohol on a permit system. Don’t carry alcohol around with you (except to take it on the day of collection from the warehouse to your home). The legal drinking age in Qatar is 21, and establishments serving alcohol will ask for original photo ID upon entry.

Swearing and making rude gestures are considered obscene acts and offenders can be jailed and/or deported. Take particular care when dealing with the police and other officials.

Be aware of cultural sensitivities when filming or photographing people and religious, military or construction sites. Some visitors attempting to film or photograph in sensitive areas have been arrested. If in doubt, seek permission.

If you’re working as a journalist, you’ll need to get permission from the Qatar News Agency (QNA) to film or photograph as part of your work and enter the country on a visiting press permit. This permit will clear technical equipment like cameras through airport customs and provides other necessary information.

There are strict privacy laws in Qatar. Posting material (including videos and photographs) online that appear to insult, slander or are culturally insensitive, may be considered a crime punishable under Qatari law. Individuals have been detained, prosecuted and/or convicted for posting this type of material.

Importing drugs, alcohol, pornography, pork products and religious books and material into Qatar is illegal. All luggage is scanned at Hamad International Airport Arrivals Hall. DVDs and videos may be examined, censored and confiscated.

Qatar law also prohibits the importation, sale and purchase of electronic cigarettes, liquids and other similar products (eg electronic shisha pipes). The law applies regardless of quantity and intended use. Customs officials may seize and confiscate any such items found entering the country by any means, including in passengers’ luggage or sent by post.

You should dress modestly when in public, including while driving. Women must cover their shoulders and avoid wearing short skirts. Both men and women are advised not to wear shorts or sleeveless tops, when going to government buildings, health care facilities or malls. If you do not dress modestly, you may be asked to leave or be denied entry to these locations.

Dressing modestly is especially important during the holy month of Ramadan.

Relationships outside of marriage

Any intimacy in public between men and women (including between teenagers) can lead to arrest.

Living together whilst unmarried is prohibited in Qatar, and sex outside of marriage, regardless of whether this is same sex couples or opposite sex couples, is illegal. This can lead to arrest and a potential court case where the judgement can include a fine, a custodial sentence and deportation once the sentence is complete. This is especially so where the behaviour has caused offence. See Local laws and customs page.

Due to the laws on sex outside marriage, if you become pregnant outside marriage, both you and your partner could face imprisonment and/or deportation. Doctors will ask for proof of marriage during ante-natal checks. An unmarried woman who gives birth in Qatar may also encounter problems when registering the birth of the child in Qatar, and could be arrested, imprisoned or deported. To get a birth certificate from the Qatari authorities, you must provide a marriage certificate and the authorities may compare the date of the marriage against the estimated date of conception.

Homosexual behaviour is illegal in Qatar.

Financial crimes, including fraud, giving somebody a cheque which bounces (including post-dated and ‘security cheques’) and non-payment of bills (for example hotel bills or car hire) can result in imprisonment and/or a fine and deportation in Qatar. Bank accounts and other assets may also be frozen. You may also be liable for cheques that you have signed on behalf of a company.

If you have unpaid loans or financial commitments you won’t be able to cancel your residence permit, and may find yourself subject to a travel ban which will prevent you from leaving Qatar including to go on holiday. All debts should be settled in full before you leave the country. Ask your bank for a certificate to confirm you have no outstanding debt once you have cleared the balance.

Equally, you may find that there is a block on your sponsorship which will prevent you from transferring to a new sponsor (employer) and any end of service benefits you may be entitled to could be used to offset the outstanding debt.

Should you be found guilty of committing an offence, the State of Qatar reserves the right to issue an Administrative Deportation order. This is regardless of whether the judgement included deportation. If you are employed in Qatar this will obviously impact your employment and may affect your ability to return to Qatar in the future.