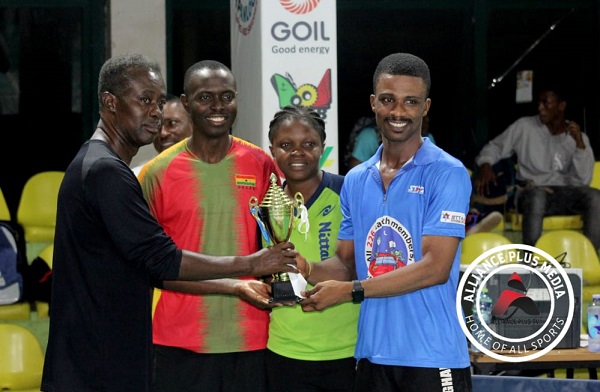 Immigration Service duo of Derek Abrefa and Emmanuel Asante thrashed Francis Antwi and Godwin Alabi in three straight sets in the final to carry the day.

However, it was a four-way battle in the female encounter as Madina Stars clashed with Ghana Navy, while Ghana Police Service battled Ghana Army in a pulsating encounter.

The vice-president of the Greater Accra Table Tennis Association, Warrant Officer (WO) Henry Tetteh, told the Daily Graphic that the competition was organised to bring all table tennis clubs in the Greater Accra Region together.

“We want to create awareness of the sport of table tennis in the region and we are happy about the participation as over 200 players from 50 clubs took part, which is encouraging,” he noted.

He revealed that the competition was also to hunt for talents in the region and hone the skills of young players for the national cause.

“We have many talents in the region whose skills need to be honed and this event where national team players engage youngsters is one of the surest ways to teach these young ones about the game,” Mr Tetteh explained.

He appealed for more support from corporate entities to make the sport vibrant in the region.