Partey returns to Arsenal for assessment of injury 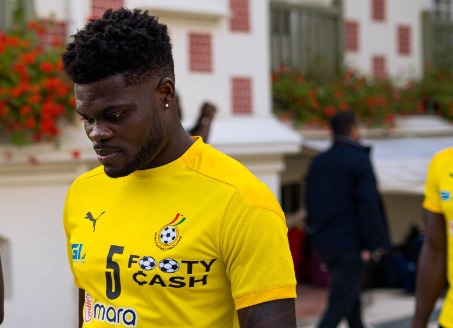 Partey returns to Arsenal for assessment of injury before Brazil tie
30.5k Shares

The Ghana Football Association (GFA) has granted Arsenal midfielder Thomas Partey permission to travel back to London for further assessment after picking up a suspected knee injury last Friday minutes before the Black Stars international friendly against Brazil.

The 29-year-old was set to start for the Black Stars but just a few minutes before kick-off of Ghana's 3-0 loss to the South Americans but was forced to withdraw after picking up a knock.

Thomas Partey also returning to London. According to a source at the Black Stars camp, he needs a scan on his knee which flaired up during pre-kickoff warm up. Nothing serious suspected but he is not likely to feature in the Nicaragua game. https://t.co/Jl4G0qvqpU

The 29-year-old was withdrawn as a precautionary measure and replaced by RCD Mallorca midfielder Baba Idrissu.

The Black Stars will play Nicaragua on Tuesday, September 27, after losing to Brazil at Oceane in Le Havre on Friday night.