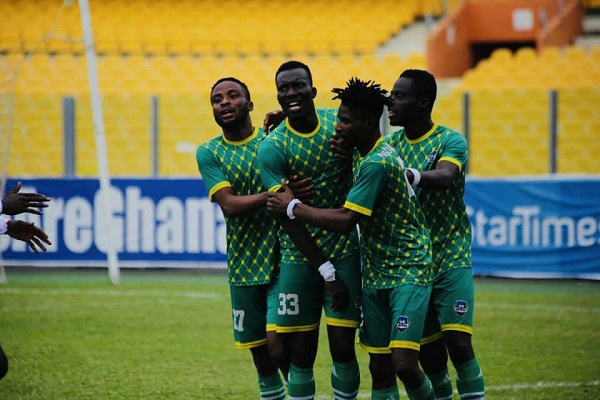 Nsoatreman FC from the Bono Region qualified for the Ghana Premier League (GPL) yesterday after defeating Tamale City 2-1 in their Division One League (DOL) Zone One playoff at the Accra Stadium.

The first half was a ding-dong affair as the two teams battled to a deadlock.

However, Samuel Ofori opened the scoring for Nsoatreman FC after recess with a delicate strike in the 56th minute.

The goal provoked an immediate reaction from Tamale City who levelled up nine minutes later through a spot kick which was converted by Bismark Asare.

The gruelling encounter had to be pushed into extra time after a 1-1 draw in regulation time.

Nsoatreman FC succeeded in restoring their lead in the 98th minute when Charles Asante broke the hearts of Tamale City fans with the tie-breaker which firmly secured their premiership qualification.

The feat saw Nsoatreman FC joining Samartex 1996 (Zone Two) and Kotoku Royals (Zone Three) as the new entrants in the elite division for the 2022/23 season.

Yesterday’s playoff was necessitated by a tie between Tamale City and Nsoatreman FC on all counts at the end of the Zone One league.