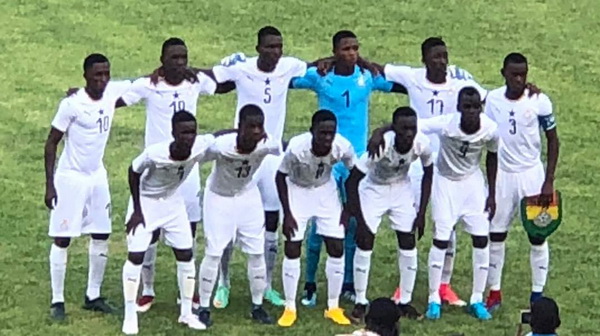 The Nigeria Football Federation is promising the Golden Eaglets more cash if they are able to beat the Black Starlets of Ghana in the final of the West Africa Football Union U17 tournament in Niger.

The Eaglets beat hosts Niger 2-1 in the second semi-final to set up what promises to be an explosive final on Saturday with the Starlets.

The Ghanaians had equally accounted for hard tackling Cote d'Ivore on Wednesday in Niamey, rebounding from a goal down to win 2:1 with goals by Umar Mohammed and Taufiq Shaibu, playing the final 10 minutes with a man less following the sending off of Eugene Adjei Frimpong for a second yellow card.

The Eaglets win on Wednesday night fetched them $2,800 each, and a win against the Black Starlets on Saturday doubles the prize to$5,600, according to a Vanguard Nigeria report quoting Nigeria Football Federation technical committee chairman, Ahmed Yusuf.

Saturday’s final will kick off by 18:00GMT with the third-place game between hosts Niger and Cote d’Ivoire slated for 15:00GMT, all at the General Seyni Kountche Stadium in Niamey.