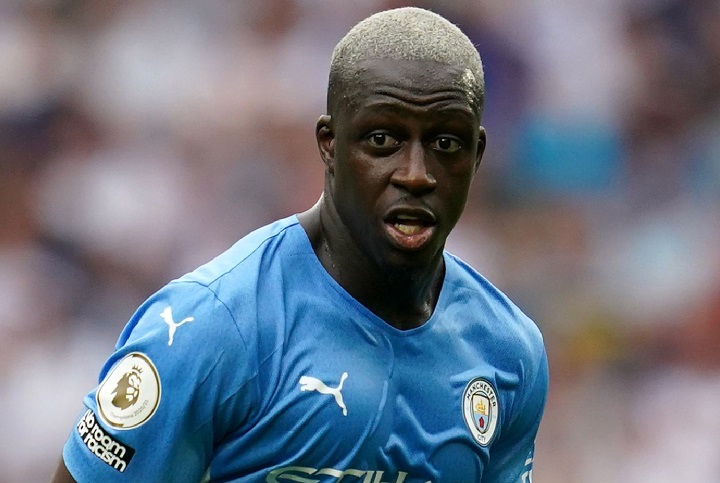 Manchester City left-back Benjamin Mendy has been remanded in custody after appearing in court charged with four counts of rape and one of sexual assault.

The 27-year-old appeared at Chester Magistrates' Court wearing a red hoodie and black jogging bottoms, and only spoke to confirm his name, address and date of birth.

No pleas were entered as the charges were put to the French international via an interpreter.

Mendy is accused of three counts of rape in October 2020, the sexual assault of a woman in January 2021, and the rape of a woman in August this year.

He is also charged with breaking his bail conditions this month.

The charges relate to three alleged complainants, one of whom is under 18.

Christopher Stables, defending, is currently making an application for bail for the defendant.

The left-back joined Manchester City in 2017 after he left Monaco for a reported £52m.

A police spokesman said: "Cheshire Constabulary and the Crown Prosecution Service would like to remind everyone that criminal proceedings against Mendy are live and that he has a right to a fair trial."

In a statement, Mendy's club said: "Manchester City can confirm that following his being charged by police today (Thursday), Benjamin Mendy has been suspended pending an investigation.

"The matter is subject to a legal process and the club is therefore unable to make further comment until that process is complete."