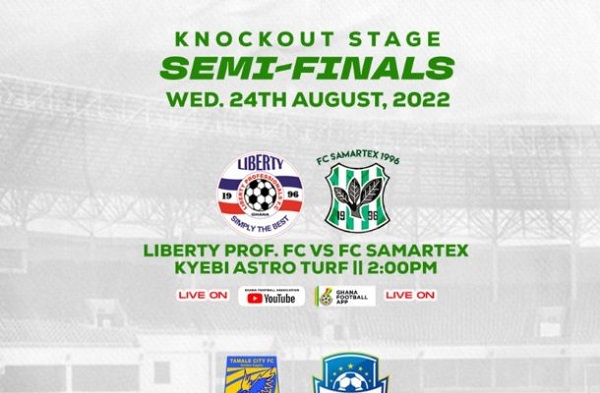 Liberty Professionals, Nsoatreman FC, Tamale City FC and 1996 Samartex FC have qualified for the semi-finals of this year's Division One League Super Cup.

Both matches will take place at the Kyebi Presbyterian Astro Turf at 5pm on Wednesday, August 24, 2022.

Defending Champions, Skyy FC, failed to qualify for this year’s edition, while finalist, Tema Youth, could not progress from the group stage this time around.Winners of the two semi-final ties will play in the final on Friday, August 26, 2022.The off-season competition commenced at the Kyebi Presbyterian Astro Turf on Tuesday, August 16.